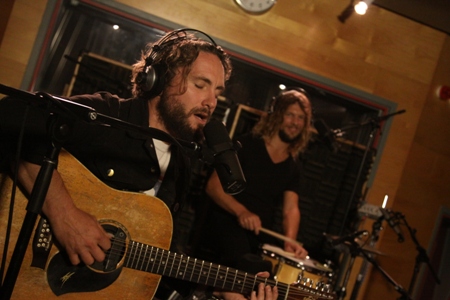 Pharrell William’s “Happy” is one of those instantly catchy, ultimately forgettable pop songs that somehow find their into your head and get stuck there, even if you don’t listen to Top 40. The song is well written and produced, it has hooks and, as much as you might try and resist, it kind of makes you feel…happy. END_OF_DOCUMENT_TOKEN_TO_BE_REPLACED

When The Police reunited in 2007, I was thrilled. I’d loved their two-disc live set ever since “borrowing it” from a friend in high school. To that I’d added their Greatest Hits, and that was basically all I needed. Though ticket prices were outrageous for that reunion tour, I managed to catch ‘em at Bonnaroo (read my review) and loved every minute of it. Only having the greatest hits and the live set, I knew all the songs but two. They did leave out a couple classics – where was “Don’t Stand So Close to Me”? – but not many. So here’s a chance to relisten to the tunes of Sting and co.

John Butler Trio – Message in a Bottle
They opened with this at the ‘Roo, so we’ll open with it here. Come to think of it, JBT was also at Bonnaroo that year. Wonder if they played this. Acoustic funk with plenty of guitar slapping and white-boy warble. [Buy]

Mika vs. Armand Van Helden – Can’t Stand Losing You
I never quite know what to make of this one. It’s a cover-cum-remix off of the great Radio 1 cover double-disc. Fun but dark, it kind of reminds me of that vampire dance scene in Blade. You know, the one where blood bursts from the showerheads as everyone raves on. Not sure what the connection is to this song. [Buy]

Uncle Earl – Canary in a Coalmine
I discovered Uncle Earl at the same Bonnaroo as the Police, and they busted out this cover – appropriate, as the Police passed it by four hours later. John Paul Jones’ favorite bluegrass group featuring Sara Watkins barely keep their harmonies ahead of the galloping mandolin and fiddle. This is a live version from I don’t know when. They need to record it. [Buy]

Limbeck – So Lonely
¡Policia!: A Tribute to the Police has the biggest names out there, from Fall Out Boy to Underoath. If you share my taste in music, you’ll understand why I think most of it is pretty terrible. Thank god for lesser-knowns Limbeck then for a thumping yet thoughtful take on my favorite Police tune. [Buy]

David Lamotte – Walking In Your Footsteps
Backed by slow tribal drumming, this sparse arrangements really highlights “Hey Mr. Dinosaur, you really you couldn’t ask for more / You were God’s favorite creature, but you didn’t have a future.” Not sure what sting was going for with this one, but Barney approves. [Buy]

Artgeko – The Bed’s Too Big Without You
Finally, a more straightforward rock song. The crunchy guitar riffs are nice, but nothing compared to the echo-harmony breakdown of the title line. Short but sweet, and you don’t see it coming. [Buy]

Frankmuzik – Every Breath You Take
Spastic dance music about stalking. You can get it along with dozens more original covers in the first volume of Buffetlibre’s Rewind series. [Buy]

Rosetta Stone – Synchronicity II
I did a post long ago with lots of gothic covers, so add this to the list. Rosetta Stone has a whole disc of goth-tastic covers of eighties tunes. It’s called Unerotica, and worth a snatch for when you’re feeling dark. [Buy]

Alanis Morissette – King of Pain
I’d hoped to never have Alanis on my iPod, but here we go. This comes from her MTV Unplugged set, before her career was relegated to ironic Black-Eyed Peas covers. If you can handle her voice – a lot to ask I know – it’s a nice stripped down take. And props to her for not changing it to “Queen of Pain.” [Buy]