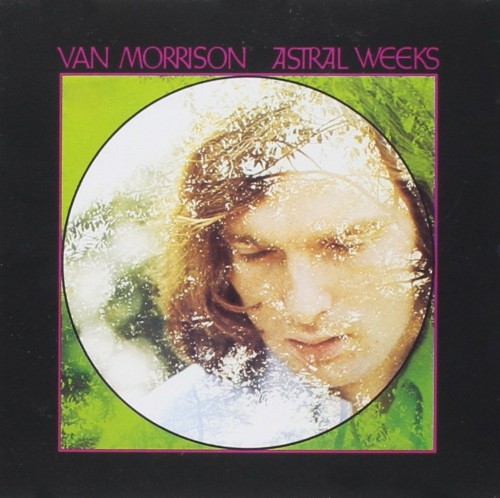 To paraphrase the singer of “Sweet Thing,” Astral Weeks is dynamite and we don’t know why. The album Van Morrison created in his early twenties has detonated in more psyches than thousands of better known works, but when its biggest fans try to explain its greatness, more often than not, their tongues get tied every time they try to speak.
END_OF_DOCUMENT_TOKEN_TO_BE_REPLACED 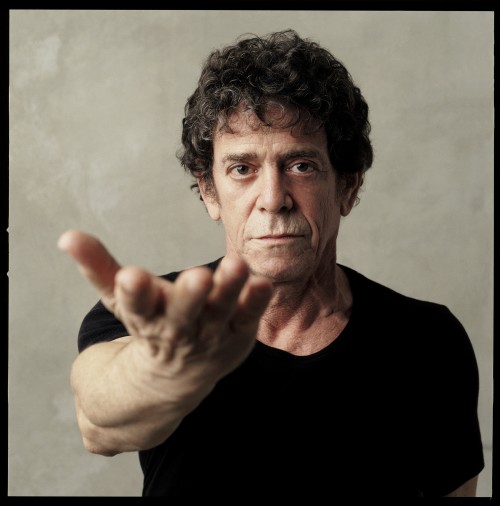 Not much can be said about Lou Reed that hasn’t already been said. When he died on October 27 at age 71, Reed left behind an indisputable legacy of influence that dwarfs some of the biggest names in rock and roll. You can ignore him, hate his music or his voice, dislike his politics or his openness with drugs and sexuality, or downplay his role in rock and roll history — but none of that matters. If you chopped down the tree of influence that grew from the roots of Reed and the Velvet Underground, what would come crashing down would take out most of the house of rock and roll as we know it. The leaf you listen to seems to be all its own, but the branches that hold it up are massive.
END_OF_DOCUMENT_TOKEN_TO_BE_REPLACED 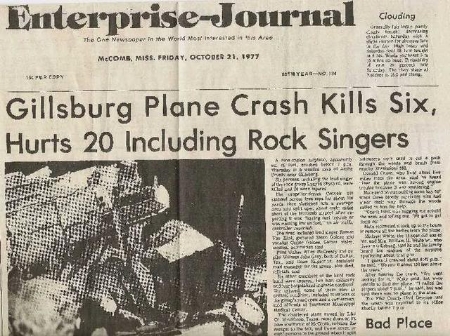 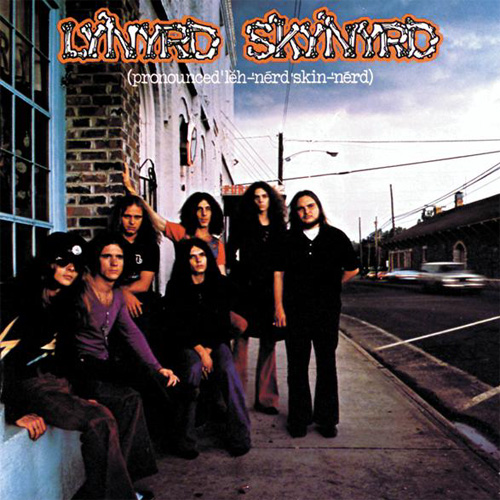 This is a hybrid piece, melding together two Cover Me staples, “In Memoriam” and “Full Albums,” prompted by today’s anniversary of the plane crash that killed Lynyrd Skynyrd members Ronnie Van Zant, Steve Gaines, and his sister Cassie Gaines. We’re remembering them by giving the Full Album treatment to the band’s debut album, (Pronounced ‘Lĕh-‘nérd ‘Skin-‘nérd). While neither of the Gaines siblings appeared on it, they certainly played its classic songs in concert, and probably even some of the lesser-known ones. So this piece may lack a certain consistency, but if a band can tour as Lynyrd Skynyrd with only one original member, then we can still do this.
END_OF_DOCUMENT_TOKEN_TO_BE_REPLACED 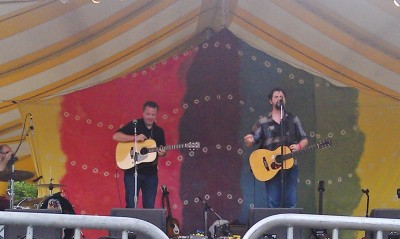 Back in 2010, Cover Me posted a Live Collection of the Drive-By Truckers, the Athens, GA band led by Patterson Hood. It featured “every DBT concert cover we could get our hands on,” adding that “Hood’s vast solo repertoire will wait for a later date.” That’s an undertaking for another day, but today we can at least scratch the surface and share a few of Hood’s covers.
END_OF_DOCUMENT_TOKEN_TO_BE_REPLACED 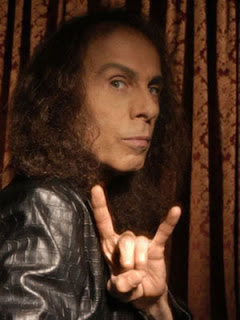 As you’ve probably heard, legendary metal singer Ronnie James Dio died of stomach cancer yesterday.  The man fronted a an impressive list of heavy metal bands, popularized the devil’s horns and inspired the Tenacious D song from which the above line comes (which he apparently took in good humor).  He rose to superstardom as Ozzy Osbourne’s replacement in Black Sabbath, so today we take a look at the Godfathers of Metal.  Technically Dio only sang one of the songs covered here, but is it our fault that “T.V. Crimes” didn’t have quite the impact of “Paranoid”?
END_OF_DOCUMENT_TOKEN_TO_BE_REPLACED

Edit: All files are back up for now.

It’s a time of transitions here at Cover Me. For one, box.net is getting fed up with the bandwidth we’re using (though they advertised it as “unlimited), so I need to find another place to host the songs. Anyone with experience have any suggestions, either another hosting site or my own domain name? We’re going for cheap here, but with lots of bandwidth. If I could migrate everything over from box.net that would be ideal; otherwise there will be a whole lot of dead links come July 1st. This thing’s not dead yet but readers, I need your help! Post a comment or email me at covers86{at}gmail{dot}com if you can offer assistance.

Also some personal transitions going on. For one, I graduated school on Sunday (hence my absence from here) and am headed to start interning for Spin music magazine in New York. To celebrate my new locale, here are some tunes about the city that swings.

Tea – Summer In the City (The Lovin’ Spoonful)
I guess there’s nothing in this song that makes it specifically about New York City, but could it really be anywhere else? One tune that never disappoints when it comes on oldies radio, Tea’s take amps up the funky swagger with plenty of horns and guitar-ing. [Buy]

Pete Yorn – New York City Serenade (Bruce Springsteen)
Pete Yorn is one of those musicians I’m not real familiar with, but about whom I just think “blech.” Associations with James Blunt or something. Which is probably unfair as this cover, the only thing I have by him, is excellent, breaking down one of Bruce’s most musically complex songs into a simple story. [Buy]

Gov’t Mule – Down and Out in New York City (James Brown)
A jam band for those who don’t like jam bands, Gov’t Mule grooves out on their excellent The Deep End Vol. 1. Screw Clapton; Warren Haynes is God. [Buy]

Kid Harpoon – First We Take Manhattan (Leonard Cohen)
I posted this one in my very first post here, so needless to say it’s been unavailable for quite a while. The Kid busts out one of my favorite Lenny covers in this frenetic attack of an acoustic jam. [Buy]

Nekked – The Boxer (Simon and Garfunkel)
A little bit of laptop-funk from this well-named crew, adding in blips and thumps that never threaten to obscure the pretty harmonies. Very different than the original, yet totally true to it. [Buy]

Tufts Beelzebubs – City of Blinding Lights (U2)
I recognize that a cappella’s a love-it-or-hate-it genre, but if you have any inclination towards that collegiate sound you should snatch 2008’s Pandaemonium, which won basically every a cappella award there is to win (including best album). [Buy]

Waitswatcher – Bronx Lullaby (Tom Waits)
Tom at his jazziest, Pascal Fricke adds a sweet female voice to his usual instrument, baring the song’s soul with some nylon-stringed plucking. To quote from another of Waits’ songs, “a little trip to heaven.” Enjoy this take, then watch Tom himself do it. [Buy]

Razorlight – Englishman in New York (Sting)
Sting purportedly wrote this tune about gay icon Quentin Crisp. The rest of the story’s in the song. [Buy]

Dion – Spanish Harlem Incident (Bob Dylan)
You probably know this “…and the Belmonts” singer from ‘60s hits like “Runaround Sue” and “A Teenager in Love,” but this more obscure gem takes a simple Dylan acoustic number and really makes it feel like Spanish Harlem. Fun fact: on his 1999 co-headlining tour with Paul Simon, Dylan covered Dion’s “The Wanderer” eleven times with Paul. [Buy]

My Morning Jacket – Across 110th Street (Bobby Womack)
I missed Bonnaroo for the first time in a few years this past weekend (stupid graduation). Luckily I was there to catch this last year, busted out during the Jacket’s three-plus hour midnight set in the pouring rain. Epic. [Buy]

Brian Chartrand – New York State of Mind (Billy Joel)
Chartrand’s partial cover disc Sleeping With Giants proved tough to track down, but it was worth the wait. Instead of overly emoting this crooney number like so many schlock lounge singers do, he swings it along with some funky picking. And don’t say he’s not versatile; on this same album he also covers Justin Timberlake and Lauryn Hill. [Buy]