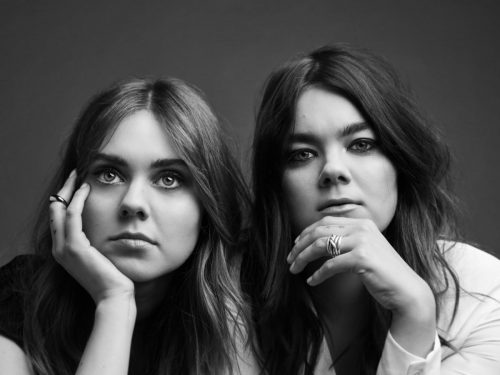 But let that be the amuse bouche to the real treat here. Last March, the pair led a massive Leonard Cohen tribute concert in Stockholm. We posted fan-shot videos at the time, but they didn’t do it justice. This fall, the full thing aired on Swedish television. It is, frankly, stunning. The sisters, a few friends, and a full orchestra and choir tackle twenty Cohen songs and poems, from classics like “Suzanne” to new songs like “You Want It Darker.” The arrangements are mesmerizing, making you hear afresh even a song you’ve heard a million times. I thought I never needed to hear another “Hallelujah” cover again. I was wrong (that one’s fronted by guest Annika Norlin). Even the poems – which in most tribute shows would be an afterthought – come across powerfully with the sisters’ voices raised to the ceiling. Their recitation of Leonard’s farewell letter to Marianne on her deathbed into “So Long, Marianne” will give you chills. END_OF_DOCUMENT_TOKEN_TO_BE_REPLACED