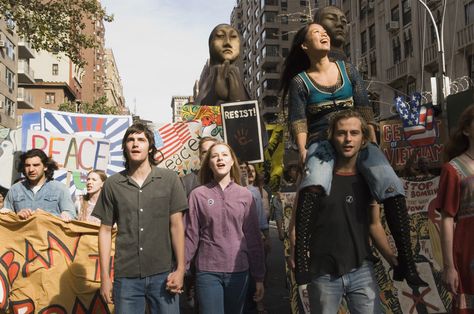 END_OF_DOCUMENT_TOKEN_TO_BE_REPLACED

Though Bob Dylan moved away from his role as a ‘protest singer’ long ago — we saw Another Side by his fourth album — his name will forever be associated with social activism. The international human rights organization Amnesty International rose out of the same turbulent era as Dylan, forming in 1961, the year Dylan recorded his first album. Fitting, then, that in celebration of their 50th birthday, Amnesty would call on artists to contribute their Dylan covers to the massive four disc set Chimes of Freedom: The Songs of Bob Dylan Honoring 50 Years of Amnesty International. END_OF_DOCUMENT_TOKEN_TO_BE_REPLACED