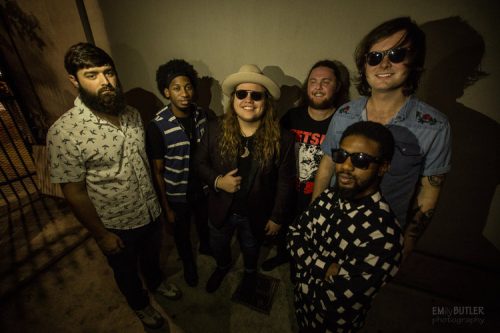 This one is for the guitar nerds as Marcus King and Stephen Campbell of the Marcus King Band stopped by Carter Vintage Guitars in Nashville for a little guitar pull. The Marcus King Band is a blues-rock band in much the Stevie Ray Vaughan / Joe Bonamassa mold with shades of Jimi Hendrix. Here, Marcus King lays into “Swinging Doors” as if he has played it many times before. And he sure has, the song has become a staple in their live shows, so it’s nice to finally get a great video. This bluesy take on the classic honky tonk tune gives the song an entirely different character and somehow makes the song a bit more forlorn than the Mighty Merle Haggard original. END_OF_DOCUMENT_TOKEN_TO_BE_REPLACED