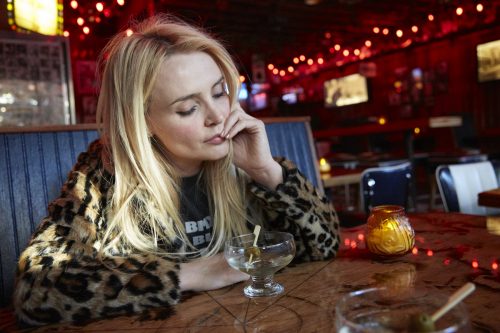 Bob Dylan just released his 39th studio album Rough and Rowdy Ways and in case you haven’t heard, it is very, very good. “I Contain Multitudes” was the LP’s second single and remains one of its undeniable highlights. Upon first listen, the song feels very stream of consciousness, with Bob reeling off, well, absolutely everything rumbling in his head about his life from the seemingly trivial (“I eat fast foods”) to the profound (“I sleep with life and death in the same bed”) and listing the sounds, pages, and images that have enveloped and defined it. And yes, the sound you just heard was Bob explaining the meaning of life in under 5 minutes because unlike the rest of us, he can just do that.

Australian singer-songwriter Emma Swift has recorded an album of Dylan covers titled Blonde on the Tracks which is set for release in August. And the first track she opted to release was not a familiar classic but a stunningly warm, heartfelt version of “I Contain Multitudes.” She serves it up as a hypnotic, melodic hymn, very reminiscent in style of vintage Gillian Welch, resulting in something exceptionally beautiful.
END_OF_DOCUMENT_TOKEN_TO_BE_REPLACED