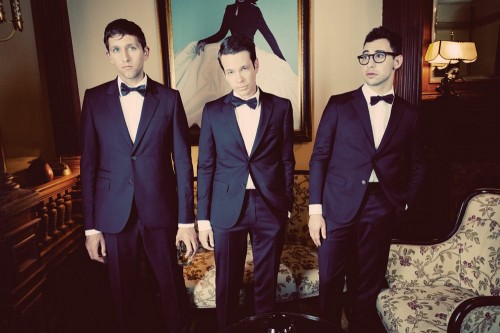 Launched back in February 2008, the New York-based indie band fun. — comprised of Andrew Dost, Jack Antonoff, and Nate Ruess (formerly of The Format) — has been hovering quietly under the mainstream radar for quite some time. It really wasn’t until “We Are Young” (featuring R&B singer Janelle Monae) was covered on Glee back in December and featured in a Chevrolet Super Bowl commercial this past February that the three-man band began commanding a lot more attention. END_OF_DOCUMENT_TOKEN_TO_BE_REPLACED