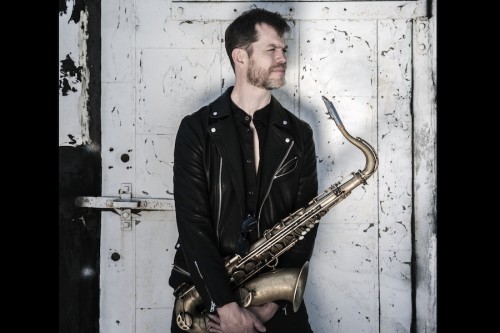 Many musicians have covered David Bowie this year, but few are more qualified to do so than saxophonist Donny McCaslin. His avant-garde jazz band backed Bowie on Blackstar, and they were getting rave reviews even before anyone knew it would be Bowie’s last album. Now, McCaslin and his band have paid tribute to their late mentor by covering two of his earlier tracks on their new album Beyond Now.

They first started playing Bowie’s Low instrumental “Warszawa” in their live shows shortly after his passing. “Warszawa” would be a very surprising song choice for most bands, but it is right in these guys’ wheelhouse. They also cover Bowie’s 1995 Outside cut “A Small Plot of Land,” bringing in singer Jeff Taylor on vocals. END_OF_DOCUMENT_TOKEN_TO_BE_REPLACED