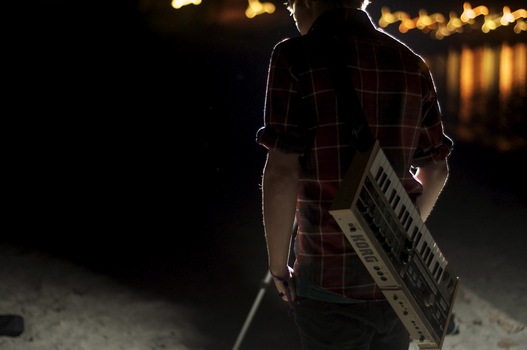 Jimmy Tamborello of Dntel is known by many as the half of The Postal Service that isn’t Ben Gibbard. In a recent cover Canadian producer Germany Germany offered his version of the track that inspired that 2003 collaboration: 2001’s “(This Is) The Dream Of Evan and Chan.” Germany Germany (known in real life as Drew Harris) pays tribute to his glitch-pop hero on the heels of his ambitious new 17-track album entitled Adventures, which came out in May. END_OF_DOCUMENT_TOKEN_TO_BE_REPLACED