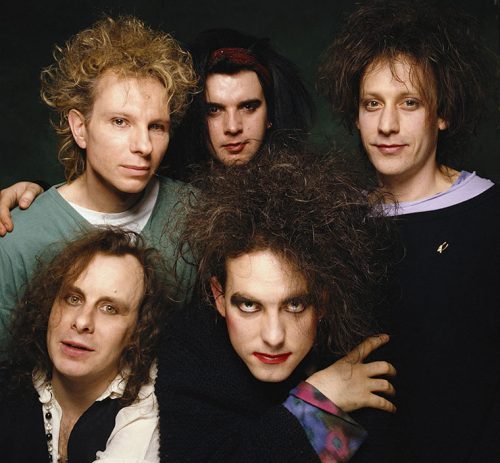 I almost didn’t do a Christmas theme this week just to buck the trends, but decided that, though Christmas songs may be a cliché, they’re a good cliché. So instead I’m just gonna post more tracks than normal. Which, given that every week my lists get longer, is really saying something. So go drink too much eggnog, accidentally kiss your second-cousin under the mistletoe, and wake up on December 26th to unpayable credit card debt. Cause, after all, isn’t that what Christmas is all about?

Relient K – 12 Days of Christmas (Trad.)
A punk-rock take on the Christmas classic, made more memorable than your average punk cover by the addition of a new chorus. This has to be the most obnoxious song to carol, with verse after verse of shitty gifts, but the K guys manage to keep it fresh through at least 10.

Sufjan Stevens – O Come O Come Emmanuel (Neale/Trad.)
We got a taste of Sufjan’s reworking of Christmas classics last week, but here’s another, a subtle and fragile plea.

Jackson Browne & Bruce Cockburn – All I Want For Christmas Is World Peace (Timbuk3)
Incredibly lame title, but other than that the lyrics are interesting (“chestnuts roasting on my VCR”), and the two provide some earthy harmonies. Sure it’s a little over-the-top, but sincerity doesn’t have to be a bad thing. A couple slight audio imperfections, since it’s live, but nothing bad.

The Stars – Fairytale of New York (The Pogues)
Probably my favorite Christmas song, it’s full of fury and despair until the redemption at the end. No wait, there is no redemption, it’s just bitter the whole way through. There’s no way to better The Pogues version with Kirsty MacColl, and these folks don’t try, but provide another nice take, a lot more sincere and a lot less drunk. If you don’t have the original though, you need it.

Jethro Tull – God Rest Ye Merry Gentlemen (Trad.)
Ian Anderson and co. came out with a Christmas album a few years ago and, surprisingly enough, it’s not terrible. The original songs are very good themselves, which is rare for any “new” attempts at Christmas material. This instrumental cover, while not departing from the classic Tull sound, would be enjoyable to throw on during some ham stuffing or turkey basting.

Liz Phair – Winter Wonderland (Bernard & Smith)
She doesn’t show her groin, whine about divorce, or sing about how much she loves semen on this one. Instead, it’s a moderately updated take with a some drum machine and muted acoustic guitar backing a straightforward vocal.

Johnny Cash – Little Drummer Boy (Davis)
Kind of like Hurt, after you’ve heard Cash’s version no others measure up.

Jimi Hendrix – Little Drummer Boy/Silent Night/Auld Lang Syne
When you throw it in an instrumental distortion medley though, it takes on a whole new life

The Hotshots – Snoopy Versus the Red Baron (The Royal Guardsmen)
This was a favorite of mine as a kid, a new twist on the Christmas spirit that really hits home. This reggae-ska cover was a #4 hit in the UK and, though I think it suffers greatly for having eliminated the chorus, is otherwise fun.

Anberlin – Christmas (Baby Please Come Home) (Darlene Love)
The original was the centerpiece of maybe the most famous Christmas album of all time, Phil Spector’s A Christmas Gift For You. I couldn’t decide whether to put up this version or the softer one by Death Cab for Cutie, but that’s all over the blogosphere, so here’s a new one, a sort of alt-rock take that’s full of chutzpah. Wait, wrong holiday?

Darlene Love – Christmas Must Be Tonight (The Band)
I was really hoping this wasn’t originally by The Band since their version is so good I wanted to post it, but it was and I had to find another. Love just came out with a full album of Christmas material a couple years ago (she knows where her talents lie I guess), and has a voice that has aged beautifully, with far more character than her old stuff. Really belting this one out, she reminds me of seeing Mavis Staple sing The Weight with The Decemberists.

Bruce Springsteen – Christmas Day (Detroit Junior)
Live from one of his holiday shows in ’01, it’s a great call-and-response number that has loads of energy and doesn’t say a thing. Tell me those horns don’t get you dancing though.

Lost and Found – Mary Mary (Avery & Marsh)
Here’s a Christmas song I’m sure you’ve never heard, done in Lost and Found’s “speedwood” style (like speed-metal, but wood). If you can make it through some nasally vocals, it’s worth it.

Wax Audio – Happy Xmas (War Is Over) (John Lennon)
Couldn’t decide on this one whether to go for good or interesting for a cover of this, and I went for the latter. Listening to it at first I didn’t realize the premise, and I almost thought it was William Shatner. Turns out the vocals are by a different daft gent working way beyond his ability level, President G-Dubs Bush. Listen to it, it’s certainly creative, and even almost catchy in its own right. Here’s something similar done to R.E.M.

Ed Harcourt – In the Bleak Midwinter (Rossetti/Holst)
A lesser-known Christmas hymn here, it’s got a lot of history as a mid-19th century poem later set to music. Harcourt rocks it out, reels it back in, then rocks it out harder.

Herbie Hancock ft. Corrine Bailey Rae – River (Joni Mitchell)
The original song doesn’t really have all that much to do with Christmas when you listen to it, but it’s become a holiday staple for some reason, and lord knows there are plenty of good covers of it. This one’s off the surprise black sheep nomination for this year’s Album of the Year Grammy.

Neko Case – Christmas Card from a Hooker in Minneapolis (Tom Waits)
I would think this would be impossible to cover, but Case does a nice slow-burning version accompanied only by some sort of airy organ.

Tom Waits – Silent Night (Mohr/Gruber/Trad.)
Tom used to use fragments of this to bookend Christmas Card live in concert in the late 70’s, but I hadn’t realized he recorded a version for a charity album ten years later. Where the 70’s version was drunken piano, that instrument is nowhere near this martial holler with soaring vocals (well, the ones that aren’t Tom’s are soaring), strings, accordion, and god knows what else thrown in there.