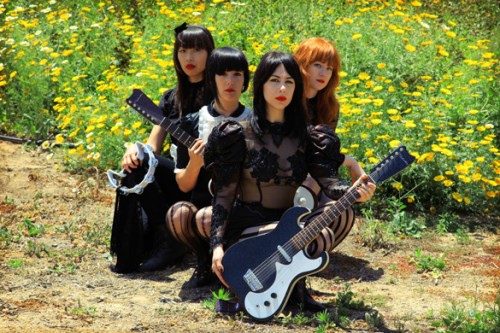 As you all know by now, the folks down at The A.V. Club have returned with A.V. Undercover, where bands pick songs from an editor-compiled list and perform them in the confines of the club’s remarkably small studio. The list contains the usual collection of classics and guilty pleasures – “She Drives Me Crazy” by Fine Young Cannibals, anyone? The latest group to drop by the studio is California noise-poppers (and Sub Poppers!) Dum Dum Girls. END_OF_DOCUMENT_TOKEN_TO_BE_REPLACED 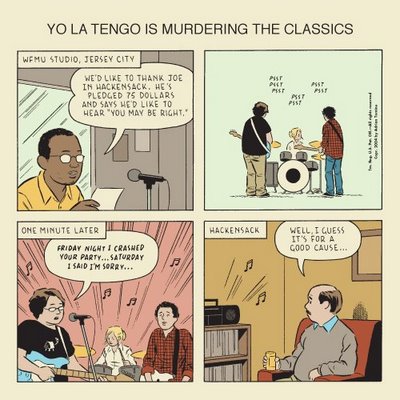 On Friday night, Yo La Tengo hit the studios of WFMU 91.1 to lend their support to the station’s annual pledge drive. As they have every year for over a decade, the Hoboken trio spent three hours performing listener-requested cover songs. Listeners were encouraged to go obscure, requesting songs the band had never played before (though presumably there was some filter, since no Miley Cyrus deep cuts slipped through). Given that they already played 44 new covers just a couple months ago, that sometimes meant pretty obscure. We’ve got ‘em all below. END_OF_DOCUMENT_TOKEN_TO_BE_REPLACED 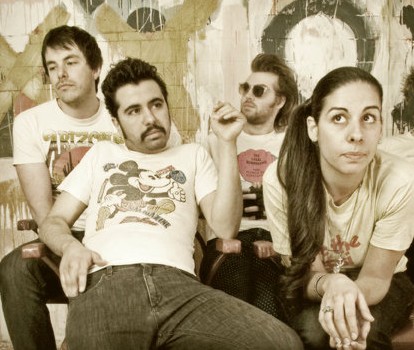 Few bands have received greater acclaim and yet been so spectacularly unsuccessful as Big Star. Led by the early ’60s Britpop-obsessed Alex Chilton, the band released three albums in the early ’70s of genius powerpop. The albums sold poorly, to say the least, and the band broke up. Rediscovered and cited as a key influence by bands such as R.E.M., Teenage Fanclub, The Posies and The Replacements, their influence only continued to rise. Tragically, last year’s untimely death of Alex Chilton may have put the band permanently on ice. END_OF_DOCUMENT_TOKEN_TO_BE_REPLACED