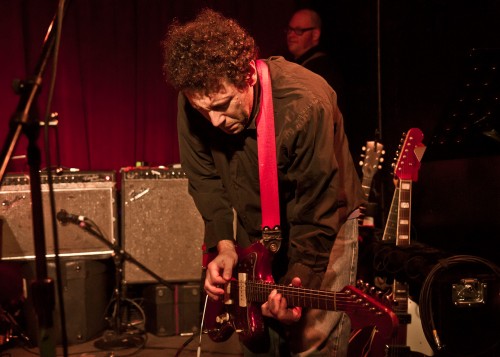 Well, maybe they passed on that first Hanukkah, but it seems they’ve played eight crazy nights of shows every year since. Twenty-ten was no exception. As chronicled at BrooklynVegan, the nights of December 1-8 each saw a unique Yo La Tengo show go down at Maxwell’s in New Jersey. Every evening featured surprise openers and comedians, including heavy hitters like the National and Jeff Tweedy. END_OF_DOCUMENT_TOKEN_TO_BE_REPLACED 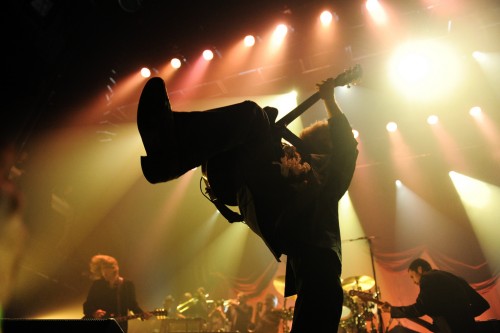 Well, this is it, people. The end of the line. After four amazing New York City shows performing – deep breath – The Tennessee Fire, At Dawn, It Still Moves, and Z, the band reached their final album: Evil Urges. As always, they began the show by performing the thing in full. As the final omnichord notes of “Touch Me I’m Going To Scream Pt.2” echoed through the hall, the boys left the stage, only to return for an epic cover-frenzy encore almost as long as the main set.

The band began the post-album festivities with a cluster of new originals and old favorites. They then closed things out with four covers: “Oh! Sweet Nuthin” (the second Velvet Underground cover of the stand), “Hot Fun In The Summertime” (Sly & the Family Stone), “Carnival Time” (Al Johnson), and “Move On Up” (Curtis Mayfield) with a full horn section! Check out videos/MP3s of all four below. END_OF_DOCUMENT_TOKEN_TO_BE_REPLACED