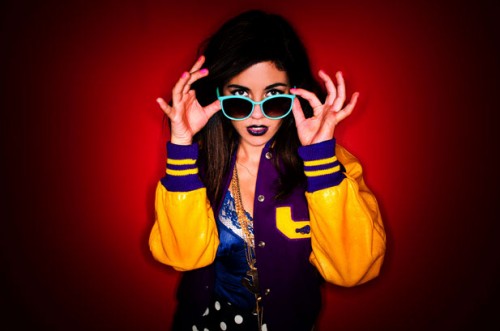 3Oh!3 covers bring out the true crappiness of the songs (Exhibits A and B). They push the, ahem, “lyrics” to the fore. If Weird Al ever parodies 3Oh!3, he should stick with the original words. Maybe an all-3Oh!3 polka (though his current one is pretty good). Anyway, here’s Exhibit C. New wave piano chanteuse Marina and the Diamonds covered 3Oh!3’s “Starstrukk” – which there is no reason to spell like that – as a slow keys-and-bass torch song for Billboard’s “Mashup Mondays” series. Her ridiculous outfit (pictured above) indicates she’s in on the joke. Whatever the joke is. END_OF_DOCUMENT_TOKEN_TO_BE_REPLACED 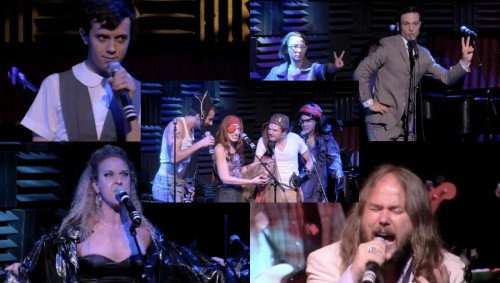 When we last checked in with the loveable eccentrics at Our Hit Parade, they were mashing together Pocahontas and Ke$ha and going hair-metal on Rihanna. Well they’re back with more crazy theatrics from their monthly performance of New York artists covering top-ten hits. The pop love is flowing and the results are stranger (and funnier) than ever. 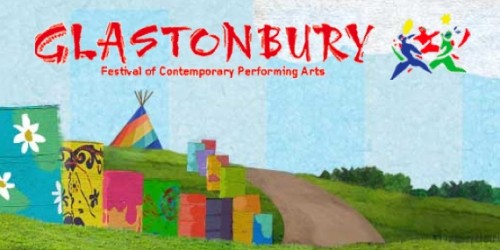 Anyway, videos of all those and more below (all taken from the BBC broadcast). If you find any more Glasto 2010 covers, post a link in the comments!
END_OF_DOCUMENT_TOKEN_TO_BE_REPLACED

Another Bonnaroo has come and gone and all we have to remember it by are the videos. The advantage of a mandatory camping fest is that people don’t upload their unlistenable five-pixel cell phone videos until after the end, so most of the videos that hit YouTube this weekend were professionally filmed. Lots of covers performed. Here’s a roundup of some of the best. Julia Nune’s medley of songs she hates is a must-see. END_OF_DOCUMENT_TOKEN_TO_BE_REPLACED