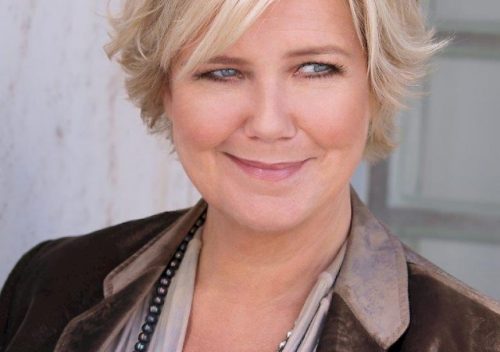 And now please enjoy this handful of highlights spotlighting some of the finest and coolest covers by master interpreter and unabashed pop fan Mathilde Santing.

Mathilde Santing – Is There Any Way Out of this Dream ? (Crystal Gayle & Tom Waits cover)

While Francis Ford Coppola’s epic film from 1982 One From The Heart film is regarded as one of the lowlights of his career, it did end up inspiring something pretty wonderful–namely, an unequivocally brilliant soundtrack. Written in its entirety by Tom Waits and performed by him and legendary country diva Crystal Gayle, it remains a lush and evocative masterpiece. “Is There Any Way Out of This Dream” was originally sung by Gayle and featured a suitably Tom Waits-ian gin-soaked arrangement. On her 1987 version, Santing takes a more romantic and tentative approach, slowing things down, adding some sweet banjo and strings whilst serving up a vocal of extraordinary warmth.

Okay, first things first : Mathilde Santing loves Todd Rundgren. She’s covered a number of Todd tracks throughout her career, culminating in her getting to perform with the man himself. And it should be noted, she is no casual fan, but a hardcore worshipper intimately familiar with the deep cuts. Case in point: her 1994 cover of “Tiny Demons.” The song was originally featured on a bonus 7″ that came with Todd’s 1981 album Healing, and the reflective, mind-bending ballad is a bit of a cult classic amongst Todd-heads. Santing’s version is lush, grand, and inexorably lovely. Despite covering at least a dozen of his songs, she’s never released an official Rundgren-themed cover album. But as arguably the premier interpreter of the Todd catalog, here’s hoping hard it happens someday.

Randy Newman was the lucky recipient of a full-on tribute album by Santing in 1993, titled Texas Girl & Pretty Boy.  Her version of his soul-crushingly mournful ballad “Same Girl” is a highlight. The narrator of the song is a pimp expressing love for a prostitute and addict, both asking her to hang in a little bit longer and telling her that she’s still the “Same Girl” she was before her life derailed. But Santing takes a little lyrical license on her cover, changing the point of view from pimp to friend, lover, and self. While the song remains as gripping and gloomy as ever, something further accentuated by its skeletal piano arrangement, Santing’s voice feels like a comforting embrace.

“Wonderful Life,” the international hit and now evergreen anthem from 1987 by Black (aka the late, great Colin Vearncombe), is Santing’s best-known and arguably most beloved cover. Her 1999 version eschews the original version’s distinctive synth line and instead opts for an acoustic intro (one oddly reminiscent of the theme from M*A*S*H)… which is the perfect backdrop for Santing’s wistful and regal vocal, equal parts sweet and sad.

“Ghosts” by Japan is a morose, skeletal dirge that, while as far from a standard pop song as it could possibly be, somehow, beyond all logic or reason, managed to reach the top 5 in the UK charts in 1982. Japan, starring singer/songwriter/still legend David Sylvian, were the thinking fangirl’s band of choice back then, but still, would it even be possible for a song as dark, weird, and slippery to rise to those kind of heights again? Our collective lack of patience, introspection, and empathy makes it pretty unlikely, but it remains a properly lovely weirdo tune. Which is why it is such a perfect and inspired choice for Mathilde Santing to have a go at. Her vocal is ridiculously intimate, a virtuosic whisper which coupled with some plush and windswept instrumental backing makes for something undeniably gorgeous.

All this is just the tip of the iceberg. Santing’s takes on Joni Mitchell, Nick Drake, and New Order, amongst others, are all worth exploring, as is her entire catalog. The combination of her incredible voice and brilliantly nerdy song choices continue to set her apart from the pack and ensure her future induction into the Cover Me Hall of Fame.