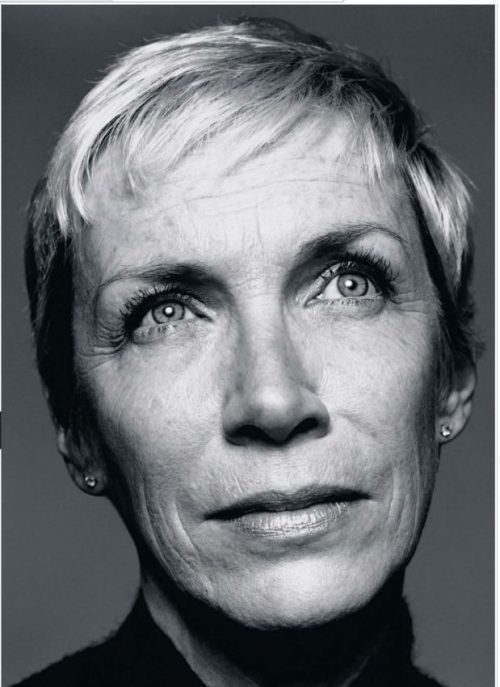 But here’s the thing: Despite its renown, Medusa shouldn’t be looked at as the final word on Annie Lennox’s ability to reinvent and breathe new life into old songs. Over the years, she has proven herself to be an exceptionally gifted interpreter… and the majority of her finest cover work has come in the form of free-standing one-offs. With that in mind, let’s put Medusa to the side for a minute and turn a spotlight on the heart-clutchingly wonderful stuff around the edges, the live, the rare, and the underrated. Let’s venture into the depths of Annie’s truly exceptional cover canon, wherein lay a whole lotta treasures…

“Mama” first appeared on The Sugarcubes’ 1988 debut album Life’s Too Good and remains to this day a gloriously weird and wonderful piece of noise. Annie recorded a version for Ain’t Nuthin’ But A She Thing, a 1995 benefit album featuring an assortment of mega-women artists including Patti Smith and Melissa Etheridge. While the album itself is a spotty affair, Annie’s version of “Mama” is stand-alone spectacular, a glistening reinvention and one of the absolute finest covers she’s ever recorded. The background rattle of the original is gone, replaced by spare keys, ample space and time. In regards to the latter, the slower tempo allows Annie to stretch and invent, infusing a melodic vocal line where there wasn’t one before and serving up a marvelously scenery-chewing and sensual vocal. Hearing her belting out how she wants a “hot embracing mother, I can crawl upon and cling to,” amongst other things, is truly life itself.

“Summertime,” written by George Gershwin, Dubose Heyward, and Ira Gershwin for the 1935 opera Porgy and Bess, has been covered thousands upon thousands of times. From legends (Billie Holiday) to eccentrics (The Residents) to our lord and savior Willie Nelson, the majesty of “Summertime” has transcended both time and genre and remains a ubiquitous standard that’s not going away anytime soon. Of course that might lead you to ask, does the world need yet another version? When I first heard that Annie was covering it for her 2014 album of standards Nostalgia, I admit I wasn’t excited, especially as Billy Stewart’s crazed interpretation from 1966 had pretty much obliterated every version from either direction and what more could you need… but Annie’s take turned out to be shockingly powerful and moving. Accompanied by a lone piano and string section, her voice positively soars here, resulting in a tearjerker of the highest order.

If you are going to cover Jimmy Cliff’s haunting and epic hymn of frustration, you’d better be prepared to bring it. Annie did just that when she covered “Many Rivers To Cross” on one of the (American) Idol Gives Back benefit episodes in 2008, basically steamrolling and erasing the memory of every other performance that took place on that night (including those by Mariah Carey and Carrie Underwood). Her vocal is widescreen emotional, and if you are feeling remotely fragile, you might want to avoid listening to it because it’s likely to trigger some tears.

A beloved Scottish lullaby believed to date back to the late 1800’s, “Dream Angus” is about a mythical figure who brings happy dreams to children once they fall asleep. This cover originally appeared on the Carnival: Rainforest Foundation Concert compilation album which was originally released in 1997. Annie’s “Dream Angus” has a foggy, ethereal demo-like quality to it and features a warmly subdued vocal perfectly suited to the mood of the song. It’s lovely and calming, and while I’m not going to mention a certain Eurythmics song by name because that would be ridiculous, let’s just say it’ll inspire these.

“Heaven” was recorded during the Medusa sessions, but wasn’t included on the actual album and was instead relegated to bonus track status on the CD Single of “Whiter Shade Of Pale”… which is a damn shame because it is patently gorgeous and as good if not better than some of the tracks that actually ended up on the album. While the original Furs version is an urgent, plush, and lovely thing, Annie opts to take things down a notch. She slows the tempo, evicts the guitars, and establishes a more languorous and wanting vibe. It’s a cooly beautiful affair, right down to its coda, which features some especially exquisite ad-libbing from Annie.

Ash’s “Shining Light” is one of the 21st century’s most glorious pop songs, a glossy, loved-up piece of candy with a 10,000-watt heart and Everest-sized chorus. True confession, i.e. here we go again: I loved the song so much and thought it was so perfect that back in 2009, when I heard Annie had recorded a cover, much as I adored her, I didn’t find myself embracing the idea. No, I instantly defaulted to that pathetic faux ownership you feel when you really love a song, wherein you don’t want anyone else to touch it, ever, no matter how great they are. Unsurprisingly, all that concern was in vain because Annie’s cover turned out to be as much a celebration of the song itself, as the sentiment within it. It’s a worshipful and sleek melange of Abba and the Ronettes, and just a beautifully over-the-top arrow to the heart.

This is such a joy. Annie recently posted a mini-performance of Amen Corner’s 1969 UK # 1 “(If Paradise Is)Half As Nice” which she introduced as being one of her favorite songs as a teen. To get a bit meta, she is actually covering a cover here, for the track was written and performed originally by beloved Italian singer-songwriter Lucio Battisti with the title “Il Paridiso” and then translated into English for the Amen Corner version. There’s a lot of love happening in this short performance. And you know what? She can still bring it.

7 Responses to “In the Spotlight: Annie Lennox”