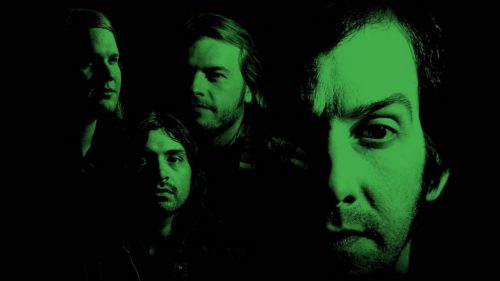 Doom metal was still in its innocence when Rush released their eponymous debut album in 1969, which contained the everyday-man anthem “Working Man.” Soaring guitars lead into what would become a staple of Rush songs: a heavy yet catchy guitar riff and outstanding drum work from Neil Peart. As a part of their Conquest of Quarantine series, Austin band The Sword have presented a doom metal take on this classic rock track.

Lead singer John D Cruise’s vocal is reminiscent of ’70s rock and early heavy metal, making this track sound like Black Sabbath is recording covers of their contemporaries (incidentally, The Sword cite Black Sabbath as an influence). The rest of The Sword keep a similar sound to the original, while bringing that sludgy, doom metal and stoner rock sound that they are known for.

Check out the cover below, as well as the other two parts of their Conquest of Quarantine series, a cover of “Children of the Revolution” and the original track “Winter’s Wolves”.