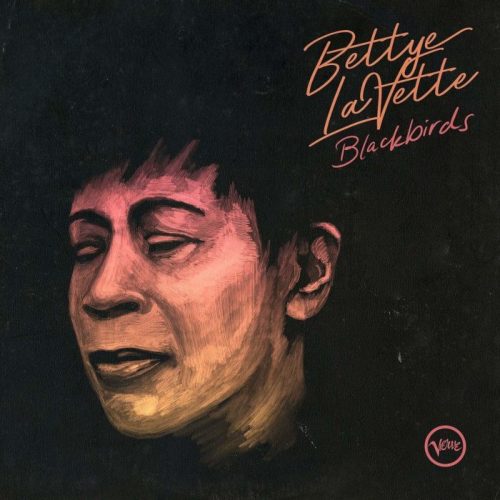 Her new release Blackbirds is slightly different, taking a wider perspective and is to celebrate the songs of, largely, her peers, black women singers with something to say and who made damn sure they did. (Black birds, yes?) So she covers the likes of Nina Simone, Dinah Washington, and Leonard Cohen’s longtime writing partner and backing singer, Sharon Robinson. Tipping a more overtly jazz and blues hat than her usual rock’n’soul style, there is also a timely take on Billie Holiday’s chilling “Strange Fruit.” Plus a slightly surprising closing track. Backed by a slick quartet, led by album producer Steve Jordan on drums, the overall feel is of a single set piece, the backing as tight as LaVette’s voice is loosely compelling.

Displaying no fear, Blackbirds‘ opener is Simone’s “I Hold No Grudge,” rejecting the strings-led torchiness of the original for a swampy don’t mess with me. If Simone is graceful in her acceptance, LaVette certainly doesn’t want anyone to think they could get away with anything twice. Majestic.

At this writing, if you go to the YouTube clip of Sharon Robinson’s “One More Song,” there is but one comment, dated 2015, from Kevin, LaVette’s husband. It says: “Nice one, Sharon… I’ll play this for her when she gets off the road.” Clearly he did. Knowing Ms. Robinson’s original, I was skeptical LaVette could top that, as ever underestimating the reality, the wracked vocal oozing palpable loss, with a brief vibes solo in the middle slaying any residual upper lip stiffness.

“Blues For the Weepers” is another nevermore torch song, paying debt more to Della Reese rather than to Lou Rawls, who had the bigger hit with it in 1965. Again, this a funkier rendition, if a little by numbers, as would anything sound after the last track. So is “Book of Lies,” originally by ’60s belter Ruth Brown, which starts with a slightly over the top a cappella. It’s also the first song on Blackbirds that fails to equal the source material.

It is the prewar Lill Green original of “Romance in the Dark” that LaVette is honoring here. Understandably, as Green wrote it with Big Bill Broonzy. It has also been covered by Lavern Baker, Esther Phillips and, um, Cyndi Lauper, let alone at least three of the other singers celebrated on this record, so no pressure. LaVette credits herself well, eschewing the sometime stilted nature of the earlier renditions, making it a near talking blues, with a restrained and effective guitar solo from Smokey Hormel.

“I was born into a heavy drinking family,” LaVette wrote in A Woman Like Me. “Early on I became — and I remain — a serious drinker. I make no apologies for this.” Dinah Washington was another feisty woman with an acknowledged thirst. It would be hard to top her “Drinking Again” from 1962, Washington singing with her straw surely sitting in the corner of her mouth. Bettye, no slouch, succeeds sublimely, drinking straight from the bottle. Another clipped blues from a smoky downtown club, after hours in the wee small hours.

And so to “Strange Fruit,” a song covered so many times by the great, the good, the bad and the indifferent as to be near impossible to add anything new. It’s okay, good even, but on Blackbirds it isn’t a highlight, if it ever could be, however much it needs singing and singing again, for every generation to hear and hope for it to be history. “Save Your Love For Me” is perhaps also a step too far, the “modernizing” of the sound failing to dent the Cannonball Adderly-enhanced brilliance of Nancy Wilson’s original.

Finally we get the surprise bonus track, given the absence of any link to her heroines of color. The clue is in the name, it being indeed a ghastly anodyne version of “Blackbird,” the Beatles song, channeling Shirley Bassey’s version of “Something.” Yes, that bad. My advice is to skip it and close the show the track before, lest it mar the taste of the rest of the album. Without “Blackbird,” Blackbirds is a creditable addition to the LaVette canon, re-energizing and reinvigorating a rash of songs, mostly to the satisfaction of at least this listener, and containing a couple of tracks up to a career best for this survivor.