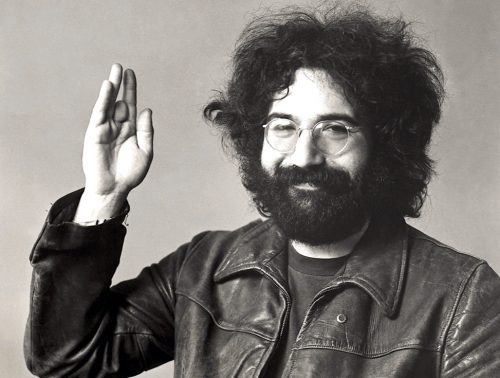 A small number of his songs (co-writes with lyricist Robert Hunter) are fixtures in the American songbook, just as surely as those of Stephen Foster, Woody Guthrie, and Hank Williams. That alone is a pretty big deal. But in terms of covers, you’d be hard pressed to name any musician who gave more life to other people’s music than Jerry Garcia. He attracted millions of listeners with his own original songs and his trippy way with a guitar solo, but Garcia then guided that listenership toward a much wider world of music beyond the songs of his own.

Garcia’s extensive covers repertoire divides into three bins. First, you have songs drawn from American roots and folk music, broadly speaking: acoustic blues and spirituals in the styles of Mississippi John Hurt and Reverend Gary Davis; 1920s-era jug-band music (Gus Cannon, the Memphis Jug Band); traditional material tracing back to 19th century northern Europe, like the death-haunted ballads “Dreadful Wind and Rain” and “Cold Rain and Snow;” and traditional songs of a more recent vintage, like “Going Down the Road Feeling Bad” and “I Know You Rider.” Garcia was not alone in delving into the past, but he was unusual in that he kept so many of those songs in the set list from his earliest shows to his final ones. Nor did he bracket them off as timepieces: by performing an original song then segueing into a traditional one (or vice versa), Garcia made the old seem curiously new, and his new songs feel ageless.

Another batch of songs are those from early rock and R&B/Soul: “La Bamba,” pre-draft Elvis Presley, Chuck Berry, and Buddy Holly. And of course all the electric, urbanized blues numbers from Willie Dixon, Howlin’ Wolf, Junior Wells—the sort of thing the early Rolling Stones were known for.

Garcia wasn’t always looking back, he was also looking around: the last category of covers is the music of Garcia’s peers and contemporaries. Among his favorites are the usual suspects (Dylan, The Beatles) and a ridiculous variety of less-expected ones: Miles Davis, J. J. Cale, Stevie Wonder, Bob Marley, Otis Redding, Traffic, Jimmy Cliff, Warren Zevon, and this just scratches the surface. Add in Motown artists and New Orleans funk (“Iko Iko”) while we are at it.

So we’ll spend some time remembering Jerry Garcia through the material he chose to cover, but mostly we look at some great Garcia originals as reimagined by others.

The sentiment of “He’s Gone” makes it a good start to our memoriam: it’s about facing up to loss as best you can. “He’s gone and nothing’s gonna bring him back…Nothing left to do but smile, smile, smile.” By the way, the song was not about a death: it’s about the time their manager ran off with a sizable portion of their wealth. (To make matters worse, the guy was their own drummer’s father.)

Garcia may be gone, but he definitely left an impression on the Infamous Stringdusters—elsewhere they have a tasty take on “Deep Elem Blues,” where they acknowledge Garcia in their intro. These guys seem to be the standard bearers, or the best-in-class, when it comes to playing acoustic Americana music, the way Garcia was in his day.

Katie Skene & Andrea Whitt play what they themselves call “acid Americana,” and they play it well. Well enough to be fully embraced by former members of the Dead, Hot Tuna, and other early settlers of the acid rock territory.

What can you say about a fiddle player who switches to pedal steel when she wants to, other than “Respect!” Garcia played the pedal steel on “Candyman” and a few other tracks in his time, including “Teach Your Children” by Crosby, Stills, Nash, & Young. (How many instruments require you to maneuver with your hands, your feet, and your knees?)

Garcia and Hunter now and then wrote completely new songs that borrowed heavily from traditional songs, sometimes copping their titles. Undoubtedly these pranksters knew Mississippi John Hurt’s tour de force “Candy Man,” and Reverend Gary Davis’ “Candyman” (which had nothing much to do with Hurt’s song). So they penned a bluesy piece for the Grateful Dead to play, called “Candyman.” Their creation had thematic similarities to its predecessors, but it’s chord progression is strictly 1970 vintage.

Let’s stay with female musicians while we are at it, since, for whatever reason, Jerry himself didn’t end up covering many women artists. (The exceptional Elizabeth Cotten may be the one exception he made in that regard.) Classical pianist Holly Bowling composes her own pieces, but her main claim to fame is that she performs solo piano interpretations of the Dead and Phish. She quickly became a favorite of both musical camps. Like Katie Skene and Andrea Whitt, she’s become a full-on member of the extended family, sharing stages and otherwise collaborating with the artists who wrote the music she felt inspired to reinterpret.

“Eyes of the World” is a highlight in the Garcia/Hunter catalog, and it lends itself to just this kind of extended exploration. As the song says, “Sometimes the songs that we hear are just songs of our own.” In other words, while there’s a place for every kind of cover, there’s a special place for the artists who can take flight with their own imaginings. Holly Bowling is that special kind of artist.

The Dead may have been voted the sixties-era band least likely to deal with disco. But the disco movement was all about the party, so of course Garcia and friends would be down with that. Like the Rolling Stones, the Dead took on the disco beat and sound, and found something worth doing with it. (Well, well, well, you can never tell.) The psychedelic-loving New Zealanders who call themselves Unknown Mortal Orchestra bring an abundance of inventive energy to this rendition. The heart comes across right away, and requires no poking around.

If spacey jammers like the Dead can get down to disco, then Celtic music players can rejigger their jigs and reels to cover the Dead. The idea seems almost too cute, but Wake the Dead is the real deal and no gimmick—fine players who play music they love. The song itself is a moving ode to Janis Joplin, a dear friend to Jerry Garcia and Robert Hunter. You don’t even have to be Irish or an Irish music aficionado to appreciate the beauty here.

“So What” is the first track on the best-selling jazz record of all time, Kind of Blue. It’s paired with “Bird Song” because, in our opinion, the two compositions share some DNA: the main guitar line in “Bird Song” is a remix of the main theme in “So What.” (If you contend that the two songs have no relationship whatsoever, you may be right. But if so: So what?)

Mandolinist David Grisman basically became Jerry’s go-to-guy when the Dead had some downtime, and Garcia was itching to explore new ground in a fresh context. (Garcia hooked up with Grisman even when the Dead were at work—that’s Grisman playing on “Friend of the Devil and “Ripple,” two timeless classics from American Beauty.) The two men bonded over bluegrass, but also over their love of Django Reinhardt’s playing. Django’s style of jazz became a key ingredient in “Dawg music,” the sound Grisman developed with a little help from friends like Garcia. It would have been good to have more jazz outings from Garcia, but at least there’s this.

We’ll end it off with a song Jerry used to do in his teens, “Deep Elem Blues.” He’s clearer no teenager in this clip, but the touch of grey is very light, and he’s looking healthy. The band appears relaxed in an intimate setting, playing acoustically.

What a long strange trip they were on. Some of them are still playing 40 years later. Jerry plays on too, through the songs he wrote, and by means of other people’s songs that he picked up somewhere along the road and thought to share with others. Happy Birthday, Jerry!

3 Responses to “In Memoriam: Jerry Garcia”