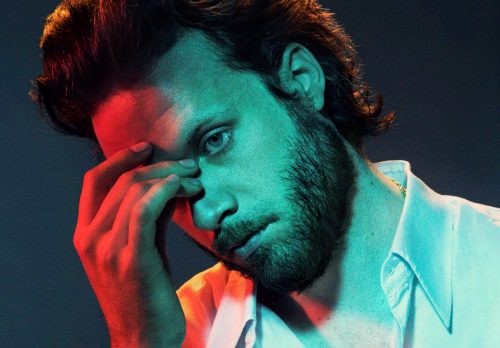 Promoting her new album That’s How Rumors Get Started, Margo Price has been on a great covers kick. She recently tackled a political country classic at the Grand Ole Opry, Bob Dylan on CBS, and John Lennon from her house. Now she’s teamed up with Band of Heathens to cover a Lucinda Williams classic. To quote Lucinda on Instagram, “Get to Slidell, girl!!”

Bella Kaye said she wanted to do a sad version of this song, but this beautiful, slower version doesn’t strike me as all that sad. More like wistful, in a Lana Del Rey sort of way.

Bombay Bicycle Club have been killing the covers game this year. Their version of Selena Gomez’s “Lose You to Love Me” a few months back would be hard to top, but this stunning take on Bonnie Raitt comes pretty close. Sounds like Bonnie gone to Laurel Canyon.

Rolling Stone wrote that “nearly 50 years since its release, the legendary song finally gets its first Spanish-language makeover.” That is not true on any level – here’s a mariachi version from 1990 and a fancy-filmed YouTube version from just last year. Just search “Jolene in Spanish” for many others. But don’t hold the journalism industry’s general lack of fact-checking gigs against Chiquis and Becky G whose version is, if hardly the first, one of the best. Great Tarantino-esque music video too.

There has been a wave of Weird Al covers of late. Before a few years ago, you could count the prominent Al covers on one hand. But nerd hero Jonah Ray released an entire EP of punk Al songs and it seems the floodgate has opened. We already saw a death metal “Dare to Be Stupid”. On his new EP, D.A. Stern gives a catchy, slightly yacht-rock twist on two Al originals.

Back when he went as J. Tillman, Father John Misty recorded covers of every song on Neil Young’s Tonight’s the Night. So, for all his wry archness in the new persona, no surprise he still loves ’60s and ’70s songwriters. The drum machines and synths (employed far more tastefully than on Leonard’s ’80s albums, don’t worry) give a lush backing to his gorgeously understated vocals.

The first in a Mountain Goats two-pack. On their new EP, San Diego band Last Tide cover two of John Darnielle’s songs. The first is a relative classic (“The Mess Inside”). But more impressively, the second is a song Darnielle just released a couple months ago, on his return-to-the-boombox Mountain Goats tape. Last Tide takes that scratchy solo recording and imagines what it might have sounded like recorded with the full band.

There are several songs called “The Longest Winter.” One is by beloved indie-rock vets Pedro the Lion. The other is by growly goth-metal band Paradise Lost. As another thoughtful and critically adored singer-songwriter band, The Mountain Goats unquestionably share more musical DNA – and fans – with Pedro the Lion. But if you’ve ever read Darnielle’s metal musings on Twitter, you surely know which of the two “Longest Winter”s he would cover.

You know the term “basic”? Sam Smith covering Coldplay is about as basic as it gets. Or whitebread or normcore or whatever other current slang insult you got. That said, Sam was practically born to sing this song – an overtly emotional, extremely earnest singer tackling a song that’s the same way. It’s about as uncool as it gets. That doesn’t mean it’s not affecting.

The band wrote on Facebook, “We were performing a cover of a song from The Lost Boys soundtrack for a SiriusXM special and that got us thinking about songs from the ‘80s that we loved growing up, that had a big radio moment and was part of our cultural DNA. A song that you know right away when you hear it. We thought of “Toy Soldiers” as a great example of this and decided we should try and record it.”

I have to imagine Teddy Swims is destined for The Voice. He’s got that “incongruous look with a gorgeous voice” thing that so many others have ridden to great acclaim. He’s already blowing up on YouTube too, with high-production-value covers that look as great as they sound (this one seems like it might turn into a Lipton iced tea commercial at any moment). His version of this might be even more schmaltzy than the original, but he sells it.

The Fearless Flyers – Kenni and the Jets (Elton John cover)

h2the & Sounten – The Boys Are Back in Town (Thin Lizzy cover)

Mattiel – Looking Down the Barrel of a Gun (Beastie Boys cover)

Mo Kenney – You Belong to Me (Joni James cover)

SASIMI – Toxicity (System of a Down cover)