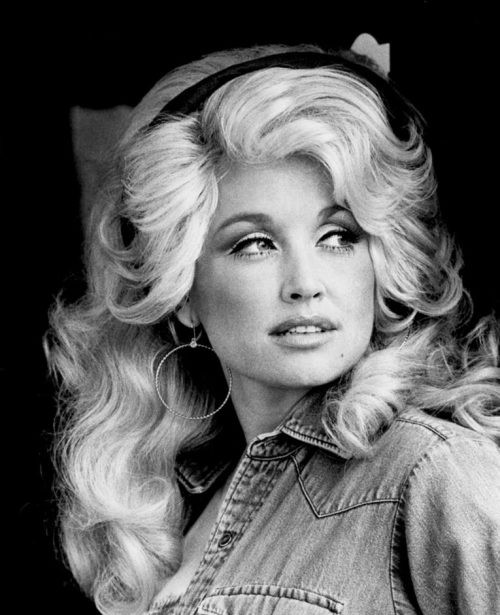 Dolly Parton – the fourth of twelve children, a philanthropist, actor, and musician with 50+ studio albums to date – has been releasing and writing music since she was ten. On October 15th, 1973, she released the single, “Jolene,” from her upcoming album of the same name. It became her second number-one single as a solo artist on the country charts, and upon its UK release in 1976, it was a top-ten hit in the UK Singles Charts.

A haunting song with a catchy as hell refrain – the repeated “Jolene, Jolene, Jolene, Joleeeeeeeene,” (it’s in your head now, you’re welcome) – it revels in its simplicity as much as it does its 200 words of tangible jealousy and fear of a flirtatious redhead. The memorable thumb-picked guitar line is played by Chip Young, a session musician from Nashville, who has played with Elvis Presley, Waylon Jennings, Jerry Lee Lewis, Nancy Sinatra, and many other notable legends.

The song’s actual roots stem from a chance meeting with an eight year-old girl in the 1960s. She came on stage for an autograph and Parton described her, in an interview with NPR, as having, “…beautiful red hair, this beautiful skin, (and) these beautiful green eyes…” After the girl said her name was Jolene, Parton decided she’d write a song using her name. The story behind the lyrics came from another chance meeting soon after – with a banker who had the hots for Parton’s husband, Carl Dean. A running joke between Parton and Dean (Parton would tease him for spending a lot of time at the bank), the auburn-haired coquette became the catalyst for the song that earned Parton a Grammy 43 years later – for a cover Parton guested on with the a cappella group, Pentatonix.

“Jolene” is by far Parton’s most covered work. It’s been downloaded over 935,000 times since becoming available digitally in the US, and has been performed by everyone from Olivia Newton John (giving it the disco treatment), to Parton’s goddaughter, Miley Cyrus (taking it outdoors with a backyard acoustic band), to Sisters of Mercy (giving it the Doktor Avalanche – their drum machine – goth treatment).

Out of a list of hundreds, we’ve narrowed down three of our favorite covers that illustrate the song’s influence and versatility.

Leo Moracchioli is the multi-instrumentalist mastermind behind Frog Leap Studios on the westside of Norway. He plays all of the instruments, engineers, and does all of the shooting and editing for his YouTube videos. Here he performs his metal version of “Jolene” complete with all of the metal tropes from A-Z – double kick pedal, guttural screams, a breakdown, the soft-loud dynamic, and a huge build into a wall of sound towards the end. Not only does Moracchioli masterfully recreate “Jolene,” he pieces together a comedic video attaching the camera to his microphone and guitar for some pretty amazing selfie shots (and classic metal faces) – also using some B-roll of himself dancing around the studio. He adds a breakdown to the tune, playing a simple guitar solo and belting out a harmony underneath it. Morracchioli is a fantastic addition to the compendium of “Jolene” cover artists.

Released on her 1976 album, Do Parande, Iranian pop singer Leila Forouhar puts a middle-eastern disco twist on the country classic. With a dance-y drum beat, funky bass line, and strings, Forouhar takes “Jolene” into completely different territory, while still nailing the pleading desperation in the vocals of the original. The harmonies in the chorus are sung in a high register that highlight the versatility in Forouhar’s voice, and drive home the melancholic feel of the song overall. In 1997 Forouhar released a poppier version of the song, on her Planet Of Harmony album, that lacks the natural feel (and disco elements) of the first – but may be worth a listen for the guitar work alone.

Probably one of the most popular covers of “Jolene,” The White Stripes strip it down to just guitar, drums, and vocals for a blues-influenced, garage-rock-inflected tear through the song at the Glastonbury Festival in 2002. While the recorded version on side-B of the “Hello Operator” single is great, the live versions seem to really let the song shine (especially this one!). The juxtaposition of the simple cymbal hits on the verses with the stomping drums during the chorus, along with Jack White’s uncanny ability to flawlessly nail every high note, while switching between picking the quiet verses and slamming through the courses with his guitar, allow the lyrics and sentiment to come alive. White’s dramatic rendering of the vocals and full-tilt performance allow The Stripes to really own the song. Parton has gone on record saying it’s “one of the greatest versions ever.”