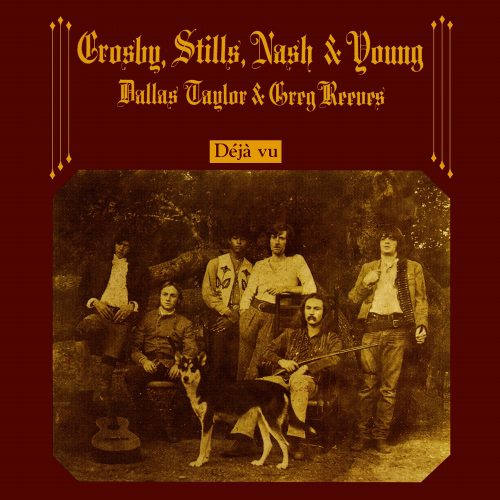 Like most of our Full Cover posts, we have near-endless options for some songs and had to go scrounging for others – no trouble finding covers of “Teach Your Children,” but how many versions of “Everybody I Love You” have you heard? See what you think of the ten songs we pulled together here…

Lukas Nelson & Promise of the Real – Carry On (CSNY cover)

Surely “Carry On” is an impossible song to cover, so indebted is it to the vocal arrangement? You’d think so, but, whilst in no way could we consider this any great re-envisioning, Willie’s boys nail it and some. Being just that bit more ragged does the song, and the performers, enormous credit. The guitar parts and the keyboards both stick enough and stray enough from the formative setting to convey one whole new blast of fresh air. Hard to believe, at the time of performance, that this was a song then a year short of 50 years old. For perspective, Lukas Nelson is 31. Much as the opener on the original, the message implicit is: beat that!!

Forgive and ignore the curious asynchronicity of the acoustic guitar thrashing away, Havens’ own work, seemingly at odds with the determinedly tasteful electric noodling, as if each sucked in from a separate recordings than Haven’s sepulchral voice. For it is his voice, matching his appearance, like an old testament prophet, that gives gravitas to a song so twee it can rot teeth. Normally otherwise only covered in a country or bluegrass style, this renders the lyric a reasonable aspiration, without smacking too close of talking in tongues or kissing snakes. Plus it has the advantage of taking my mind off the excruciating Jerry Garcia faux-steel. (No, he wasn’t; he was pretending.)

So who in their right mind would cover this ridiculous posturing? Hell, even Stephen Stills wanted it off Deja Vu. Well, Queensrÿche’s cover tempted me, if only because I have never knowingly ever heard anything by them, but, in the end it had to be this. C’mon, who could resist an album called Two Dogs Fucking, a title so crass it can’t help but work? I don’t normally go for thrash punk covers, but I kinda like this, as it buoys along apace, the vocals shoutier by far than Crosby’s, appropriately and, likely, compulsorily for this band. The guitar solo is also just so apt. The Dayglo Abortions? Canadians with a track record for offense, then winning cases against accusations of obscenity, active to this day, albeit with an ever-evolving lineup.

Those who have already guessed this one may feel my imagination insufficient, but go search the competition. Even fellow Canucks the Cowboy Junkies don’t come close. Hell, Kathleen Dawn does “Helpless” better even than Neil, both in the sensitivity of the exquisite arrangement and her cool and calm vocals, beautiful passive aggression in a musical notation. Part of her tribute to the singer-songwriters of Canada, Hymns of the 49th Parallel, this is the highlight and, frankly, serves to render any comparisons elsewhere invalid. So there. Soak in it, luxuriate in it.

The only non-original on the record, “Woodstock” stands up as cover version royalty in its own right, as noted when we featured it in Joni’s best covers here. Not wanting to duplicate any earlier opinion, let’s go somewhere else again. Hands up, who remembers the Spin Doctors? Absolutely everywhere for a moment in the early ’90s, they brought a pop sensibility to a jam band vibe before, just as swiftly, seeming to disappear. This version slipped out on the back of a single in 1994, and is almost gloriously gauche, from the barely swallowed smirk that opens it, through the stumble in the initial lyric, the vocal line strays all over the place, underpinned by a sturdy rhythm current, better than history recalls them to be.

Already somewhat patchouli-soaked, “Deja Vu” in Pascal Rinaldi’s hands takes that ambiance to another level, conjuring up images of rage-taggle remnants of the Woodstock generation, sitting on the dock in Marseille, living the hippy dream into their dotage. And, of course, it’s in French. The psychedelia gets gradually amplified as the locals look on, bemused. Expecting Rinaldi to be a graybeard in a matelot t-shirt, sporting a bandanna and a battered acoustic, I was surprised to see and learn he is somewhat of a polymath, a poet as well as singer-songwriter, maybe the Swiss Leonard Cohen.

The second Nash song, another wincingly naif offering, is likewise the second song I can’t bear on the album. (However, in the interests of reducing angry comments, having seen Nash play Cambridge Folk Festival last summer, hearing him play both this and the other one, I finally got and accepted both songs. Glad to have got that off my chest.). Most versions of “Our House” suffer from adding yet more saccharine to the mix. Angie Hart manages to water that down a bit, arguably by drawing attention to her Aussie twang. This is from an album entitled Kate Ceberano & Friends, Kate being apparently a stalwart of Australian kids TV and of the local jazz scene. Which again gives some permission and understanding for the rendition. Check Hart out on YouTube for other covers she holds well.

A solo Stills interlude that gives solace from the cut and thrust elsewhere on this recording, this version, a moonshiney piece of wistfulness, makes Stills’ inward-looking reticence all the more angsty. Uncertain if in first or third person, the narrative in the double tracked vocals seems, like the guitar, from a bygone age and from far away. Hunter has plied her traditional sounding fare around the Bay Area since the late ’80s, and has had her music described as the missing link between retro folk-punkers Cordelia’s Dad and Aimee Mann.

Actually part of an full album cover of Deja Vu, and of the same name, Haque is a Chilean-Pakistani classically nuanced jazz guitarist. Whilst, therefore, he could have offered any of these songs his highly individual take, it is this triptych that gives most opportunity for his fingers to fly around the melody and play with the arrangement. That and the fact I could find no other covers, but it is an engaging concept, if needing the complexity that only the songs of Young, possibly Stills, could offer the world of jazz improvisation. Don’t miss the subtle electric piano textures.

Happy Day – Everybody I Love You (CSNY cover)

With its godawful hippy-dippy lyrics, “Everybody I Love You” was surely a last-minute studio creation, built to plug a five-minute hole at the end of side two, ripping off the stamina of “Carry On” and replacing it with a relentless gritted teeth take it to the end fade. Having said, with a Laurel Canyon country rock shimmer, the bass straight out of the early Burritos, it buffs up a treat, making me wonder why they didn’t do it this way in the first place. One I’d like to hear Manassas tackle, wondering if they ever did. Happy Day I can find very little about; they made a few singles, according to discogs. As their version came out in the same year as CSNY’s, I wonder as to some insider link. A Facebook page tells me they were “one of the greatest bands in Chicago in the ’60s and ’70s.”