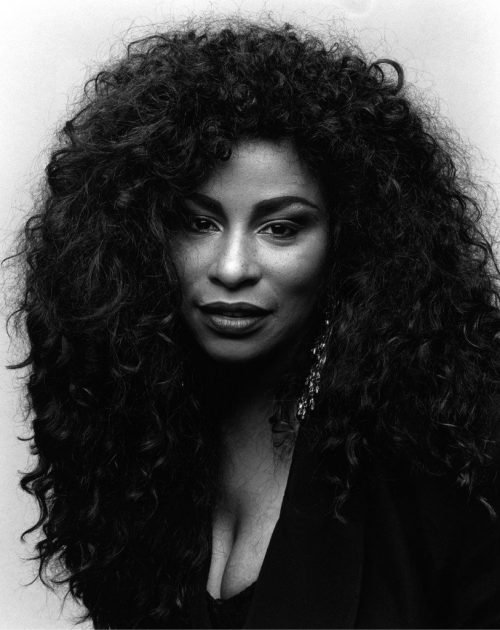 Just going to come right out and say it: this song is fire. Not only is “Papillon (aka Hot Butterfly)” arguably Chaka’s finest cover, it is also one of the finest vocal performances of her entire career.  Written by producer-musician Gregg Diamond and first released under his group name of Bionic Boogie in 1978, the original featured the vocals of another future legend, Luther Vandross. While his performance was the height of groovy sweetness, it was actually pretty subdued as Vandross vocals go. On her version of the track, Chaka turns the volume up to 11, revamping the ode to missed opportunity into a sashaying celebration, infusing complete joy into a story of total regret. Once she hits the bridge, she also hits the throttle, and from that point it’s off into the vocal stratosphere we go. Oh, she remembers “the time when Foxy was the dance.”  Make sure to stay until the end with this one, because the ad-libbing in the fadeout is especially sweet. By the way, there were no hard feelings here; that’s Luther himself lending his majestic voice on backing vocals.

Chaka Khan- I Feel For You (Prince cover)

ChakaKhan,ChakaKhan. Okay, I’m sorry but I had to do that (belated thanks to Melle Mel for creating one of the most iconic raps in pop history). Let us all now marvel at how Prince’s shy, cute, ridiculously horny lo-fi admission is transformed into an astoundingly joyful, iconic, body-poppin’ anthem, while simultaneously reigniting Chaka Khan’s career. The title track from her fifth album, “I Feel For You” turned out to be the biggest hit of the Khan solo years, blessed with not only a Stevie Wonder harmonica solo and sample but also the production skills of the legendary Arif Mardin. Now there are moments when the busy (but sweetly ecstatic) production threatens to overwhelm Chaka’s powerhouse vocal, but she expertly rides the wave of sound thanks to the sheer force of her charisma and absolutely kills on the song’s high-flying coda. While Sinead O’Connor’s version of “Nothing Compares 2 U” is justifiably regarded as the high-water mark for Prince covers, “I Feel For You” isn’t far behind.

Chaka Khan – Roll Me Through the Rushes (Rosie cover)

Rosie were a trio, featuring extravagantly falsettoed David Lasley, who made a grand total of two albums before calling it a day. Lasley then embarked on a solo career, making a trio of exceptional pop-soul solo LPs as well as penning songs for other artists and singing back up for Sister Sledge, Chic, and James Taylor. “Roll Me Through the Rushes,” which Lasley co-wrote with late songwriting legend Allee Willis, appeared on Rosie’s debut album in 1976. Two years later, it was part of Chaka’s own debut album, simply titled Chaka. As is usually the case, she takes complete ownership of the song, injecting it with a widescreen sensuousness and drama that was only ever hinted at within the original. Things escalate once the song hits the bridge, with Chaka letting loose, grabbing everyone’s hand and pulling every listener straight over the top of the mountain with her. FYI, that’s Lasley on backing vocals with Luther Vandross and Cissy Houston, who add a whole lotta heaven to the proceedings.

“You’re Welcome, Stop On By” first appeared on Bobby Womack’s 1974 Lookin’ For A Love album and was blessed with one of those gloriously raw scenery-chewing vocal performances that were his trademark. When Rufus covered the track for their own Rufusized album later that year, they not only truncated the title but recorded it as a duet between Chaka and bandmate Tony Maiden. Their version is infinitely slicker and more dance-floor-friendly than Womack’s, and hearing young Chaka Khan ad-lib, let loose, and steamroll the whole latter half of the song is absolutely sublime.

The Quick were a British pop duo very much in the Go West vein, and the original version of “Twisted” appeared on their 1982 album Fascinating Rhythm. Despite its obscure origins, later that same year it found its way onto Chaka’s self-titled solo album. While her album is home to a sunny version of Michael Jackson’s megahit “Got To Be There,” “Twisted” proves to be the hipper, weirder and more interesting cover. Chaka’s vocal on the fatly synthesized, angsty, late night in the city, rock-ish ballad has a dark and sinister quality, a little bit sneery and all kinds of desperate. Needless to say, when she hits the bridge, it’s the aural equivalent of walking off a ledge; that’s how suddenly her trademark, earthshaking wail enters the scene.  It’s a deep cut, to be sure, but it’s a good one.

If we were to rank the coolest, most endearing friendships between renowned musicians in history, there are a few that instantly come to mind. Linda Ronstadt and Emmylou Harris. David Bowie and Iggy Pop. Dave Grohl and everybody (okay, just kidding on that one). But of all the well-documented bonding on display, few scenarios are as heartwarmingly, mindbogglingly perfect as the thought of Chaka Khan and Joni Mitchell just plain hanging out. The two have been close friends for years, and there is a palpable love between them which Chaka’s spoken of often. “That woman, let me tell you, there is no one like her on the planet, she’s the best, I want to be like her when I grow up,” said she about Joni in a 2007 interview with PopMatters. The payoff here is that Chaka has been working on an album of Joni covers for the past year featuring her personal favorites, with Joni’s wholehearted approval, the mere notion of which is nothing less than thrilling. She’s actually been covering Joni songs at live shows for years, ranging from “The Hissing of Summer Lawns” to “Don’t Interrupt the Sorrow” to “Sweet Bird” to “Two Grey Rooms,” offbeat choices that clearly mark her as a hardcore fan. There aren’t a ton of quality videos on YouTube to share of the deep stuff, so we’re going to feature something slightly more familiar, ornate, and seriously fun here to act as a taster for the inevitable treats in store when the album is officially released.