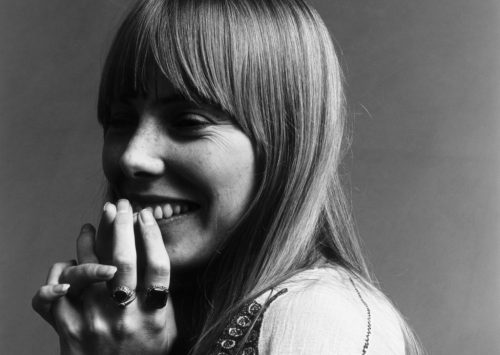 In 2009, the Village Voice ranked The 50 Worst Songs of the 2000s. Sitting pretty at #1 (or maybe that’s sitting ugly in this case) was the Counting Crows’ cover of Joni Mitchell’s “Big Yellow Taxi.” The hilariously petty writeup is worth reading for lines like this: “You know the line about how they ‘paved paradise and put up a parking lot?’ Like how they replaced something beautiful with something cold and heartless and commercial? That’s you. You’re the parking lot, motherfucker. You drove your shitty steamroller over something everyone loved…”

And when Saturday Night Live produced a fake infomercial for a CD collection called Whaaat?! The Worst Cover Songs Of All Time, who did they get to host it? That’s right, Counting Crows frontman Adam Duritz (played by Taran Killam). “We recorded a cover of ‘Big Yellow Taxi’,’ Duritz tells the viewers. “What did you think? Maybe way worse than the original??”

Counting Crows’ “Big Yellow Taxi” cover makes an easy punching bag. There are plenty of worse covers. That said…it’s not good. Luckily, for whatever reason, “Big Yellow Taxi” covers have had a bit of a renaissance in the last couple months (alas, just too late for our big Best Joni Mitchell Covers countdown). Maybe one of these versions will finally wipe the memory of Counting Crows from your brain.

The most high-profile is the most recent. On Valentine’s Day, Harry Styles delivered a solid acoustic version for the BBC. Styles has gone full ’70s classic rock since leaving One Direction, and what’s a more ’70s classic rock move than covering Joni? Stephen Fry, oddly sitting about a foot in front of Harry, certainly seems to dig it.

At another radio session across the pond, Seattle band Great Grandpa covered it for their hometown public radio station KEXP. They stuck as close to the original as Styles, but singer Alex Menne delivers some beautiful vocals. And one of her band members seems very enthusiastic about his shaker.

Delivering most dramatic reinvention of the three by some margin, singer Sasha Dobson, who plays with Norah Jones in Puss n Boots, changes the song’s rhythm entirely on the new Stop, Hey What’s That Sound: Classic Protest Songs Reinvented. Gone are the “doo doo doo”s, replaced by bird noises, twangy guitar, and various instrumental flourishes. If at this point you’ve still got Counting Crows stuck in your head, this will give you a whole new way to hear the song.

Check out the 40 Best Joni Mitchell Covers Ever.