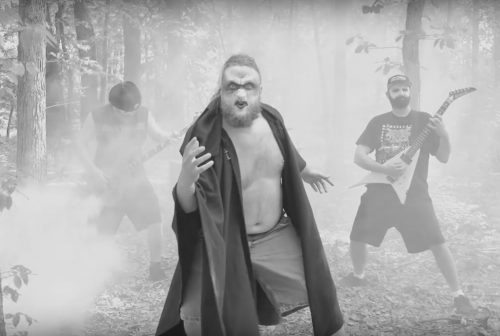 On their new EP, Columbus, Ohio thrash metal band Deprecator recorded a heavy-as-hell cover of Weird Al’s “Dare to Be Stupid.” It has all the hallmarks of thrash metal: growled vocals, thunderous drums, and guitar riffs rushing by at a furious clip. It’s not a gimmick – they’re a legit veteran metal band – but the band clearly has a sense of humor. The music video boasts a giant ape, a whole lot of fake blood, and some nice homages to Al’s original (itself an homage to Devo, though the song is not a direct parody).

“We were all into Weird Al as kids, even before we got into metal,” band co-founder Keith Reuscher says in an email. “Plus I think [‘Dare to Be Stupid’] holds up as one of the all time great pop songs.”

Get your devil horns up and headbang along to Deprecator’s “Dare to Be Stupid” cover below. It’s off their latest EP Tickle Time (see what I mean about the sense of humor?).