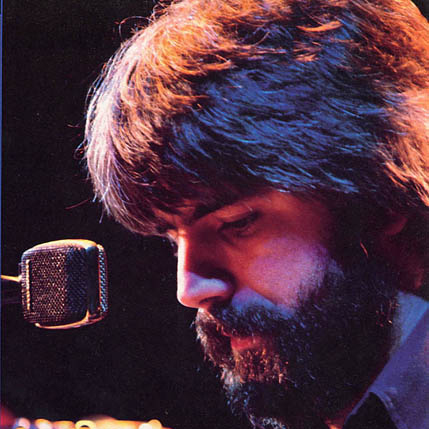 Conversation regarding McDonald’s performances on these three albums has been well-trod at this point, and while they undeniably feature some real highlights, facts are facts: some of McDonald’s best and most eclectic covers have been of the one-off variety. The selections below run the gamut from traditional reverence to joyfully weird and are all 100% McDonald.

As fantasy albums go, hearing McDonald have a go at the Todd Rundgren songbook seems like some glorious fever dream. Alas, it does not exist (yet – hint hint, Mr. M), but there does exist something to temporarily sate that wish. “Love is the Answer” originally appeared on Todd and Utopia’s 1977 album Oops! Wrong Planet, and it was subsequently covered the following year by soft rockers England Dan and John Ford Coley, who took their mellow version of the track straight into the Top 10. In this 2015 performance, McDonald growls and belts the song with total fervor and belief (in regards to that last point, the song’s become a bit of a fave to cover amongst Christian music artists). He sets the song on fire in the best possible way and… enough talking. Let’s get this McDonald Sings the Todd Rundgren Songbook thing happening ASAP.

Michael McDonald – Down by the River (Neil Young cover)

While it’s always great to hear McDonald cut loose on a giant soul or pop song, it’s equally as cool to hear him get a little dirty, reach out and do some actual rocking. This version of “Down by the River” remains as desperate and slyly sinister as the song always is, full of swampy keys and guitars, but is unquestionably blessed with a McDonald vocal par excellence: he positively shreds (with his voice) on the coda.  Amongst the myriad of “Down by …” covers, this is amongst the finest.

Michael McDonald – While You Wait for the Others (Grizzly Bear cover)

Back in 2009, McDonald went to see indie rock harmonists Grizzly Bear and was duly impressed. He met them afterward and told them how much he’d enjoyed it. So the band then did the only logical thing and asked McDonald if he’d sing on one of their upcoming recordings. He initially recorded backing vocals for a Grizzly Bear version of “While You Wait For The Others,” but the band loved what he did so much they asked if he would record  the song performing the lead vocal (which was ultimately released as the b-side to the band’s original version). It’s an odd hypnotic tune with a bit of a math rock feel, but of course, wherever McDonald lays his hat is his home. He soulfully stutters, slides and ultimately takes ownership, creating yet another “what if” scenario, as in “may we please have a Michael and the Grizzlys album, please.”

One of the peculiar things about Police songs is how easily they lend themselves to misinterpretation. Sting himself has expressed eternal bewilderment at how “Every Breath You Take”, a song about obsessive stalking, has come to be seen as a love song soundtracking first dances at weddings. The Police were never a party band; the majority of their songs dripped with cynicism, despair, and anger. Case in point: 1981’s “Every Little Thing She Does is Magic,” a song regularly desecrated on any number of vocal competition shows. Despite the jauntiness of the melody, the sentiment is not one of  happy love, but of anxious desperation.

The track gets covered on jazz guitarist Lee Ritenour’s album from 2002, and while it isn’t wrongfully celebratory, it’s still pleasant in its overall vibe. What makes it interesting is that it features a bit of an unusual McDonald guest vocal. McDonald heads all the way down to the basement, at points singing in what has to be his absolute lowest vocal register. He doesn’t do this very often, so hearing it here is a bit of a treat.

What we’re gonna do right here is go back, way back, back into time. Recorded in 1972, 20-year-old Michael gloriously belts The Allman Brothers’ eternal gypsy on the road anthem, and there’s nothing left to say other than imagine being in possession of this kind of voice at that age: it’s absolute craziness.

3 Responses to “In The Spotlight: Michael McDonald”