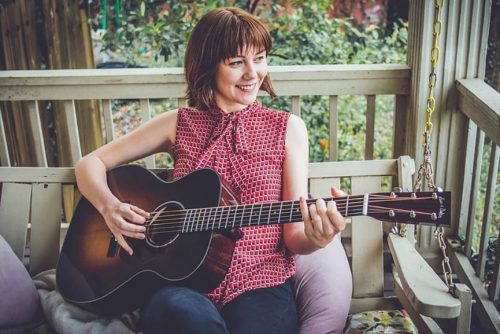 It’s been a busy few years for folk singer and guitarist Molly Tuttle. In 2018, she was named “Instrumentalist of the Year” by the Americana Music Association. Last year, she released her first full-length album When You’re Ready. Earlier this month, she played an opening set at Dead & Company’s Playing in the Sand festival in Mexico. Just before heading south of the border, she paid homage to the original Grateful Dead by releasing a video of her performing an acoustic cover of “Standing on the Moon.”

Those familiar with the Dead’s catalog know that it includes numerous songs about celestial bodies. Written by Jerry Garcia and Robert Hunter, “Standing on the Moon” was one of two tracks on the 1989 studio album Built to Last to contain the word moon in the title — the other being “Picasso Moon.” There’s also “Mountains of the Moon” from 1969’s Aoxomoxoa. So it’s easy to get all these lunar-flavored songs confused.

Singing in what looks like her living room, Tuttle drops the studio wizardry of the Dead’s original. In doing so, she transforms the track into a rambly Dylan-esque folk song. When performed in this style, the tune feels like it would have been at home on Workingman’s Dead or American Beauty albums or in the same coffee houses where Garcia and Hunter got their start.