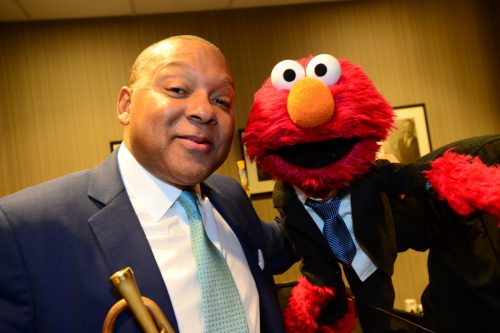 “Mah Nà Mah Nà” is an unlikely children’s song. It was originally written by Italian composer Piero Umiliani for the 1968 film Sweden: Heaven and Hell. The London Institute of Contemporary Arts described the film as “an Italian shockumentary depicting the strange customs of the natives of Sweden in the ‘60s. It’s an archetypal mondo movie, with scenes of lesbian nightclubs, nasty bikers, teenage sex education, drugs, topless girl-bands and suicide.” The song appears during a scene where a bunch of young girls, wearing only towels, soak in a sauna.

The Muppets quickly made “Mah Nà Mah Nà” one of their own. Jim Henson and his googly-eyed cohorts recreated it for an early episode of Sesame Street in 1969, again that year on The Ed Sullivan Show, and yet again for the inaugural The Muppet Show episode in 1976. This song has endured in the Muppet repertoire after Henson’s death. Jason Segel and Amy Adams led an all-cast singalong in the 2011 film The Muppets. Cee Lo Green then reworked the melody into a Christmas song called “All I Need is Love,” which he sang with his furry friends in 2012.

The latest to tackle the song are Wynton Marsalis – who’s been popping up on Sesame Street since the ’80s, and who earlier this year jammed with Elmo. His Jazz at Lincoln Center Orchestra recently included a version on the new album Jazz for Kids. The record’s name is a bit of a misnomer. These are complex jazz pieces performed by the orchestra as they would any other standard or classic. Unless your kid is a budding prodigy, he or she might not be able to connect with the music right away. The album features a swinging version of “Old MacDonald,” a flute-powered reworking of “Itsy Bitsy Spider,” and a rendition of “Rubber Duckie” that bears little resemblance to Ernie’s original beyond the intro. The most ambitious track is a nine-minute take of “Wheels on the Bus,” performed as a Duke Ellington-style suite with several different movements meant to mimic the sounds of the city.

Among these tracks, “Mah Nà Mah Nà” is easily the most fun. The orchestra reinterprets it as a piece of ‘20s New Orleans style jazz, blending horns and violins. Instead of semi-nude Swedes, when listening to the cover one thinks of flappers kicking up their heels in some underground speakeasy. For the extended scatting, the orchestra uses the deep tones off the bass. In the background, you can hear the ensemble humming and calling out the nonsensical phrases. Alas, there’s only one more thing to say: “Mah nà mah nà.”

Click here to listen to more music from the Muppets.