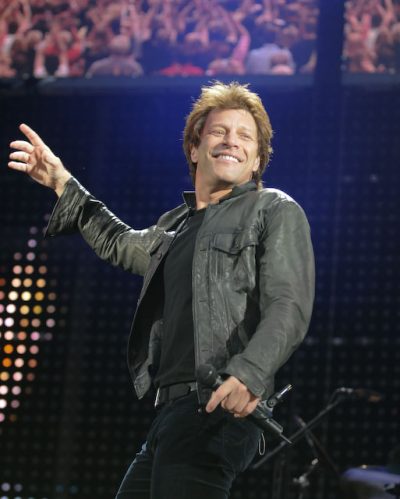 PelleK and Cole – Livin’ on a Prayer (Bon Jovi cover)

We’ll start with a cover that is closest to the original’s genre. It’s fun to see the “talk box” in action, and it is extra prominent in this cover. That distinctive sound pairs well with the electric guitar riffs while the singer holds his own, not getting overpowered by the intense instrumentation. You can tell the singer really feels the lyrics. This is how I think I sound when I’m rocking out to this song. The guitar solos are incredible feats, and when the singer occasionally surprises us by reaching up an octave, his control is impressive.

Let’s dial it back a notch and hear a more laid-back cover. Tori Amos brings her classical piano expertise to a stripped version of this song. She effortlessly adjusts the melody at times to make the song her own. The lightness of the piano accompaniment contrasts Amos’s rich voice, and the slower pace emphasizes Tommy and Gina’s struggles. The acoustic version could lend itself to an abundance of melancholy, but this version calms the angst yet still maintains a sense of fervent hope. Plus, I have a feeling Gina wasn’t a cornflake girl either.

“We’re halfway there.” Janet Devlin is an Irish singer-songwriter taking on many covers on her YouTube channel along with her originals. While you are in the rock mood (and out of respect for the t-shirt of the first cover’s guitarist) check out her cover of Linkin Park’s “Numb.” Here she is accompanied by a simple piano that induces an almost hymn-like quality to song.  This song is challenging due to its wide range, but Devlin reaches both the high and low notes without strain. She has a vocal timbre that adds a little something extra without being too distracting, allowing her cover to gleam, unrushed and full of emotion.

Genre-bending time! Country folks face hard times too. Hayseed Dixie takes rock songs and converts them to bluegrass, referring to their sound as “rockgrass.” You have to respect that clever branding. Replacing the “talk box” with banjo, the intro to the song maintains its sense of drama. Throughout, the accompanying banjo adds a sense of urgency. The strum pattern moves the song along, making it seem a bit faster than the original.  Hayseed Dixie doesn’t  let the listener get too beaten down, though; the banjo solo towards the end injects the cover with a boost of pep. “We’ll make it, I swear.” If you like this cover, check out their cover of “Don’t Stop Believin‘.” The banjo in it is wild!

If you’ve ever wanted “Livin’ On a Prayer” to be “beautified,” Lynsay Ryan has your back. Ryan also has a strong YouTube cover presence. Another personal favorite is the spunky “No Tears Left to Cry.” We’ve heard other covers where the piano accompanies the singer, but here the piano doesn’t just play a supporting role. The piano provides meaty transition between sections of the song. In fact, Ryan even takes a substantial pause in the middle of the song, preparing herself and the listener for the ensuing powerful chorus.

The true test of a rock song’s staying power is whether it resonates even without the hard core instrumentals. “Livin’ On a Prayer” easily passes.

Bonus: Rihanna joins Bon Jovi to sing the song live. She nails it, performing a passionate rendition and handling the iconic key change like a champ.