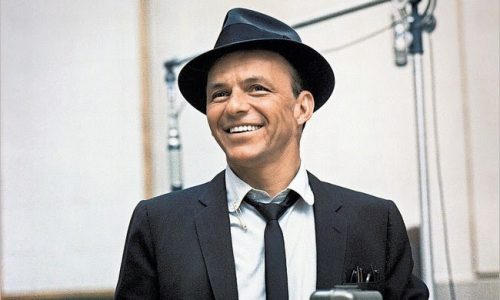 However, Sinatra was not the originator. His crooning gave a platform for the English lyrics written by Charles Singleton and Eddie Snyder. But the melody belonged to German composer and orchestra leader Bert Kaempfert.

There are three separate claims to authorship of this song. Armenian-American pianist Avo Uvezian claims that he wrote the melody for Sinatra. This claim is somewhat weak and lacks sufficient evidence (though Uvezian claimed to possess a letter from Kaempfert acknowledging Uvezian’s authorship). Ivo Robic was a collaborator with Kaempfert in the 1950s, whose Croatian-language version of the song appeared in 1967. Robic has never substantiated any claims to authorship, but some fans argue that Robic wrote the melody for a Croatian folk festival, only for Kaempfert to steal it. A third claim came from Brazilian-born French composer Michel Philippe-Gerard who noted the similarities between Kaempfert’s song and Philippe-Gerard’s 1953 song “Magic Tango.” Philippe-Gerard lost his plagiarism suit in a Paris court in 1971. Without any additional evidence or adjudications, we accept that Kaempfert is the author of this tune.

Kaempfert composed the song as part of the instrumental score for the 1966 film A Man Could Get Killed, starring James Garner and Melina Mercouri. Kaempfert called the melody “Beddy Bye.” The song earned Kaempfert a Golden Globe in 1967 for Best Original Song in a Motion Picture.

There was also a plan for leading lady Mercouri to sing the English lyrics and release it as a pop single, but she thought it would was better suited for a male voice. Thus, Sinatra got the opportunity, and it became a legendary hit.

Sinatra’s version was not initially intended to be the first single released with vocals in English. Bobby Darin and Jack Jones had already recorded their versions when Reprise Records’ A&R man Jimmy Bowen hurriedly scheduled arranger Ernie Freeman and session musicians, including members of the famed “Wrecking Crew,” to record an arrangement of the song. Among the members of the “Wrecking Crew” was guitarist Glen Campbell. Sinatra arrived at the studio on the third day of recording, and had completed his vocals on the third take within an hour.

The rush to complete Sinatra’s version also included a rush to distribute to disc jockeys because Jack Jones’s version was already en route to radio stations. Bowen had acetate tapes of the song produced and then sent out couriers (and enlisted some flight attendants) to make sure that Sinatra’s version arrived before Jones’s. Thus, due to some shrewd business moves, Sinatra’s version of the song became the best-known and standard version we all know and (some of us) love.