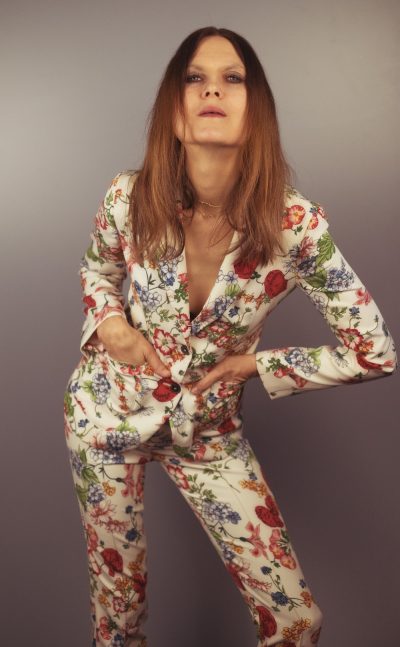 As it turns out, she is not finished paying homage to the music that’s inspired her, and she’s about to unleash yet another surprise. November sees the release of her second in what now is officially a series of tribute albums, Juliana Hatfield Sings The Police.

Say what you will about Sting’s solo outings, his lute album, his participation in the eternally unpleasant “All For Love” with Bryan Adams and Rod Stewart…the fact is, The Police themselves never made a bad album. All five of their studio releases feature both perfect singles and stellar deep cuts. But while on the surface the immediacy and quality of the songs should make them ripe for covering, when it comes to actual cover versions, The Police haven’t been treated very kindly. For every good version of “Every Little Thing She Does Is Magic” like the The Afghan Whigs dark, desolate take we featured here in 2016 , there are twice as many inappropriately perky, pronoun changing versions (American Idol and The Voice have pointedly tragic obsessions with this song ). The fact is, there exist few truly signature covers of Police songs – but it appears Juliana Hatfield Sings The Police will go a long way in finally righting this ship.

The first track officially released from Hatfield’s tribute album, “De Do Do Do De Da Da Da,” is faithful to the tune but gloriously unfaithful to the original’s instrumental virtuosity. The song remains as melodic as ever, but here is anchored by a fat, primitive, almost krautrock-style beat. That’s intentional. Juliana says: “In the Police, each player’s style was so distinctive, accomplished and unique that I didn’t even attempt to match any of it; for anyone to try and play drums like Stewart Copeland would be a thankless, pointless task that is bound to fail. Instead, I simplified and deconstructed, playing a lot of the drums myself, in my rudimentary, caveman style.” This is an undeniably compelling approach, and judging by the sound of this first track, we are in for a real treat with the full album.

Juliana shared her favorite covers with us last year and now that she’s confirmed her plans for more tribute albums, we can officially use her picks to start wildly speculating on who will be the next honoree.

‘Juliana Hatfield Sings The Police’ will be released via American Laundromat Records on November 15, 2019 and is currently available for pre-order on the label’s website in a myriad of colors and formats. Hurry, this is a good one.