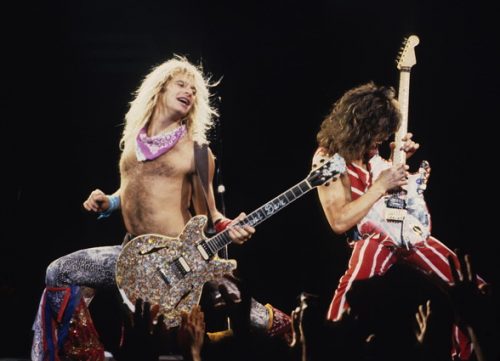 Nearly all rock music fans—and most casual listeners—know that Van Halen’s debut album features the cover of The Kinks’ “You Really Got Me” after the explosive statement that is Eddie’s “Eruption.” However, that is not the only cover. “Ice Cream Man” is the other cover song on the album, one that reinterprets the blues for a post-punk and Sunset Strip style of heavy metal.

The originator of “Ice Cream Man” is the blues artist John Brim. Brim is a lesser-known star in the constellation of blues greats during Chicago’s electrifying 1950s renaissance of that genre. Brim is not remembered as well as Muddy Waters, Willie Dixon, or Slim Harpo, to name a few (all of whom the Rolling Stones covered in their debut albums). Yet he is no less forceful with the onslaught of electric guitars and amplified harmonica. When you listen to Brim, you get the impression that he was just as much an architect of the Chicago blues sound as his contemporaries.

Yet the tragedy of decorum prevented “Ice Cream Man” from making the same impact as “Mannish Boy” or “I’m a King Bee.” Brim first recorded the song in 1953, but the innuendo of a man making his rounds to “guarantee to satisfy” the ladies prevented it from getting any distribution until 1968. Singer David Lee Roth recalls hearing the song on the radio as a teenager.

The Van Halen version combines elements that are noticeably distinct from the Chicago blues style. The acoustic guitar boogie coupled with Roth’s verging-on-spoken vocals reflect the hill country blues of  early John Lee Hooker. As the song becomes louder and Eddie’s guitar riffing more pronounced, the song showcases the bombastic style of Van Halen’s signature sound, placing the band’s own imprint on the song. And Eddie’s solo pierces like an ice pick through the chugging blues boogie.

This was not Roth’s last time reinterpreting “Ice Cream Man.” On his 2003 release Diamond Dave, Roth’s newer version (originally recorded in 1996) borrows from big band swing in its arrangement.

Other notable versions include Martin Sexton’s live version from 2001. In this version, Sexton interprets the swagger of the song with shuffling rhythms and twanging acoustic guitar more reminiscent of Delta blues.

Another version worth noting is “Isaac Man” performed by Christian rock parody band Apologetix. Musically, this cover version hews closely to that of Van Halen’s. Lyrically, it tells the story of the Old Testament figures Abraham and Isaac.

As the summer heat continues, you may find these fiery flavors of “Ice Cream Man” guaranteed to satisfy. Well, maybe not the Apologetix one.