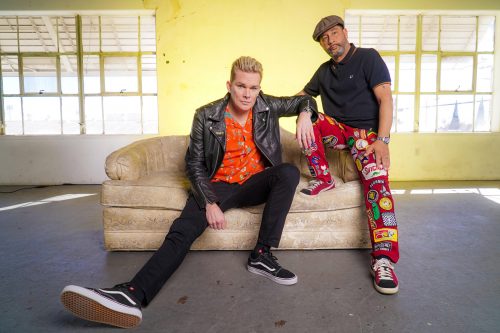 The whole ordeal was memorialized by singer Rupert Holmes in his 1979 hit “Escape (The Piña Colada Song).” Holmes tells the story of an otherwise bored couple who accidentally reconcile after discovering through the personals that they have a mutual affection for sweetened alcoholic beverages, damp clothing and late-night romps in the sand. I guess they did not communicate well in person. The track holds the distinction of being the last number one song of the ‘70s, reaching the top spot on December 22, 1979. The silky-smooth, blue-eyed soul grooves have helped it endure as a classic of the genre now known as Yacht Rock.

Sugar Ray’s new music emulates bands like UB40 and the island-flavored country rock of artists such as Kenny Chesney, while the closing track “California Gold” is a direct homage to the sounds of Christopher Cross. The group’s cover of Holmes’ “Escape” fits in with the laid-back feel of the record. The cover does not veer too far from Holmes’ original but has a slightly more Carribean-style beat and a few extra vocal effects. Sadly, liking this new version of “Escape” on social media probably won’t be enough to score you a date, whether you drink piña coladas or not.

If you like yacht rock and long walks on the beach, follow these links to listen to covers of songs by Toto, Daryl Hall & John Oates and Steely Dan.