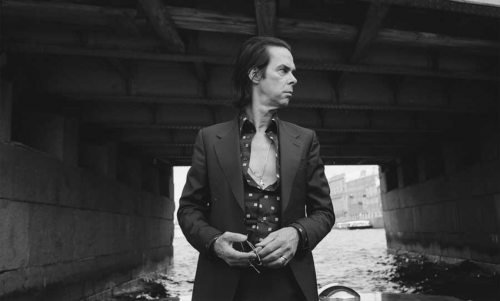 Nick Cave was 14 years old when T.Rex’s seminal Electric Warrior LP was released and still references it as one of his favorite albums of all time. On his current tour he’s been covering it’s lynchpin ballad “Cosmic Dancer” and delivering it with such wistful, evocative melancholy, it is impossible not to think of the teenage Nick being completely besotted with it upon his first exposure.

While T. Rex main man Marc Bolan’s lyrics are sometimes dismissed for hippie-dippy rhyming schemes and corny ’50s rock and roll imagery, Cave, a remarkably poetic lyricist, has endlessly touted their brilliance. And he’s right. There is something so genuinely earnest and eager in Bolan’s words, it’s hard not to find them utterly endearing, and in this case quite moving. Cave pulls out all the stops in his performance coming across not only as the usual all knowing empathetic sage, but as a heartbroken world-weary boy, leaving no heartstring untouched in the process.

A T.Rex tribute album to be produced by the legendary Hal Willner is due to be released this year though no date has been fixed. It looks to be a pretty star-studded affair with not only Cave but Father John Misty, Joan Jett, Foo Fighters & U2 due to contribute as well.