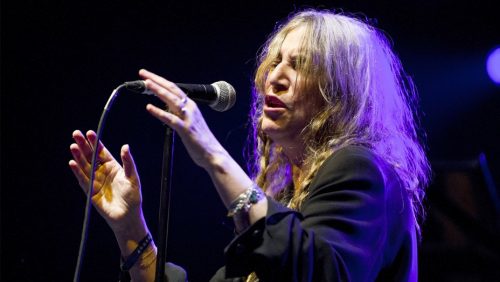 Patti Smith made cover-song headlines a couple years ago stepping in for an unwilling Bob Dylan to perform “A Hard Rain’s a-Gonna Fall” at his Nobel Prize ceremony. More recently, she’s quietly slipped another old protest song into her setlist: Midnight Oil’s 1987 hit “Beds Are Burning.”

Smith’s version opens with an original piece of spoken-word poetry inspired by the song, bridging the lyrics about Australia’s Aboriginal people to a broader lament about the destruction humanity has wreaked on the environment. Once the song itself kicks in, it rocks out. Her band, some of whom have been with her since the first album, substitute a garage-rock edge for the original’s rich ’80s production. If she ever records a sequel to her covers album Twelve, we hope this is on it.

Watch a video below, from a recent show in Boston: