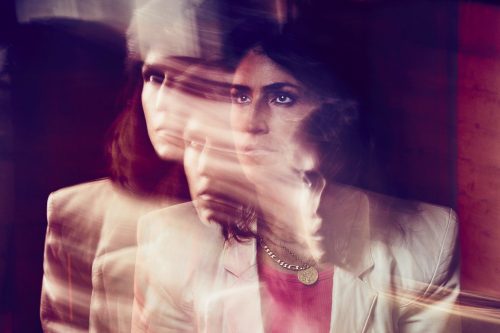 On her terrific 2009 covers album Cover (forgettable title, memorable NSFW artwork), Joan As Police Woman covered everyone from Jimi Hendrix to Britney Spears. And those were just the first two tracks. The disparate source material worked together wonderfully in Joan Wasser’s quirky indie-pop style, and we’ve been anxious for a sequel. We’re still waiting, but on her new best-of-plus-outtakes collection Joanthology, she includes a few Cover highlights (T.I.’s “Whatever You Like,” Sonic Youth’s “Sacred Trickster,” Public Enemy’s “She Watch Channel Zero”) and adds one new cover, of Prince’s “Kiss.”

Wasser veers far from the Tom Jones cover template for her “Kiss,” turning Prince’s hit into a bluesy dirge. As ever with her, though, a short genre description hardly does it justice. She starts with a simple singer-songwriter delivery, then slowly expands into what sounds like a Motown girl group slow-jamming in a smoky jazz club. We heard this same song done as a more straightforward blues ballad by Hilary Scott last year, but Wasser takes some of the same ingredients and makes a completely different dish. Listen below.