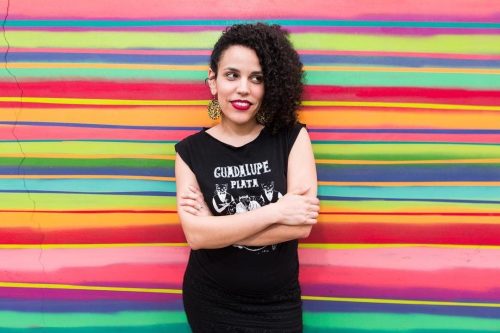 For the new documentary I’m Leaving Now (Ya Me Voy), about an undocumented worker in Brooklyn, singer-songwriter Xenia Rubinos covered The Clash’s “Should I Stay or Should I Go.” It features all the energy and passion of the original, with a twist: with the personal approval of The Clash’s Mick Jones, she translated the lyrics entirely into Spanish.

“I am a translator, I have been my whole life,” Xenia said in a press release. “Many of my most foundational memories as an infant and young child are in Spanish; it was my only spoken language understandable to others until I was three when I began learning English at preschool by playing with other kids there. [My family] insisted that I needed to only speak Spanish at the beginning, because the rest of my life would be in English and it was important for me to be able to communicate and that being bilingual would be an important skill when I joined the American workforce.”

Listen to Xenia Rubinos’ cover of “Should I Stay or Should I Go” below and find more information on the documentary here.

Check out many more covers of The Clash here.