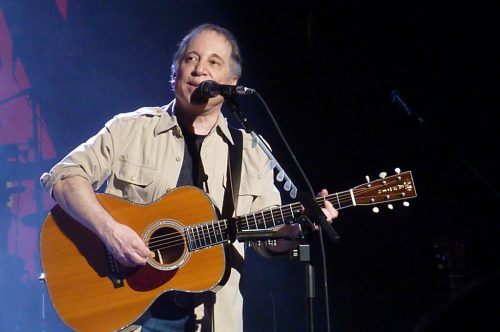 “Don’t need to discuss much,” these three covers pay respectful homage to Paul Simon while contributing their own style to the song.

The i.n.a cover is better.

And the Honey Whiskey Trio cover is best.

Need to get amped up to leave your lover? If the original song is too mellow and you want more of a dance club vibe, try this cover. Couple Frank Meyer-Thurn and Camilla Hüther helped form Germany’s dance music scene at the tail end of the ’80s. Part of their contribution was this cover, released in 1991. It starts out with some synth “doo doo”s typical of your favorite early ’90s dance track and features a syncopated backbeat throughout. At first the change in beat emphasis in the chorus makes singing along a bit tricky for those used to the original, but the new groove quickly sinks in.

Another German puts her spin on this Paul Simon classic, this time doubling down on the easygoingness of the original. Ina Hagenau sings effortlessly making it sound like she is improvising all of the small changes that make her delivery different than the original. Percussion still plays a solid role in i.n.a.’s cover, but the drum brush and cymbal replace the marching band-esque snare of the original. Throughout, the jazz piano and bass solos shine, making more prominent the slight funk undertones of the original’s chorus.

The Honey Whiskey Trio is here to teach us a few things about leaving our lovers. Although serious performers in their spare time, the members of this folk group are all teachers, molding young minds by day. Their cover starts with some choral “ooh”s, but we soon find out that this isn’t your standard acoustic rendition. This version is completely acapella, yet the trio manages the signature percussion riff through a mixture of stomping and clapping, reminiscent of Pitch Perfect’s “Cups.” Most impressively, this cover features 50 ways to harmonize. These ladies have serious vocal range. The first verse starts high and ethereal, then transitions to surprising deepness in the chorus before moving to even higher accompanying pitches.