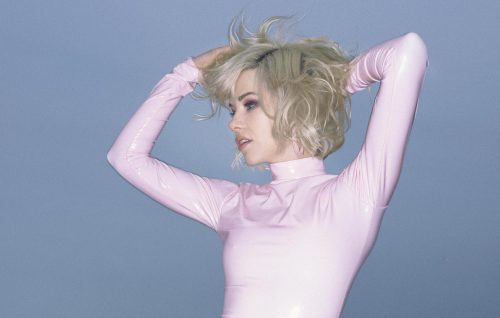 Long before Disney began remaking its animated classics into live-action films famed director Robert Altman made Popeye. The 1980 musical starred Robin Williams as the spinach-eating sailor and Shelley Duvall as his love interest Olive Oyl. Upon its release, the film underperformed at the box office and earned mixed reviews from critics. Time has been kinder though, as some have praised it in recent years. “Altman imbues in Popeye a madcap mania that bares more than a few ‘Felliniesque’ touches, with its own intricate orchestration of audio-visual chaos, animated sound effects, breakaway props, and frenzied pratfalls,” writes Screen Mayhem.

The Popeye soundtrack reentered the pop-culture zeitgeist last week when Carly Rae Jepsen included an excerpt from one of its songs on her new album Dedicated. The original tune, called “He Needs Me,” was written for the movie by singer-songwriter Harry Nilsson. In the actual film, Duvall sings it while watching Popeye from afar. Like much of Altman’s work, the scene pays homage to old Hollywood while still being quirky in its own way. Jepsen borrowed the chorus for an entirely new song called “Everything He Needs.”

Jepsen’s tune opens with a whirlwind of electronic sounds. It then settles into a synth-driven reggae groove. When she hits the Nilsson-penned chorus, the music shifts to more of a post-disco feel, like something from Michael Jackson’s Off the Wall. Here Jepsen sings “He needs me” over and over again. On the ensuing verses, the words continue to loop through a robotic filter. The end result is so different from Duvall’s rendition that one wonders whether anyone would have made the connection between the two had Jepsen not included Nilsson as a co-writer. Prior to the lawsuit between Marvin Gaye’s estate and the writers of “Blurred Lines” she might not have bothered. Still, it’s an original take on a track that had been forgotten by time.

Carly Rae Jepsen remains best known for her 2012 smash “Call Me Maybe.” Click here to listen to several covers of the track.