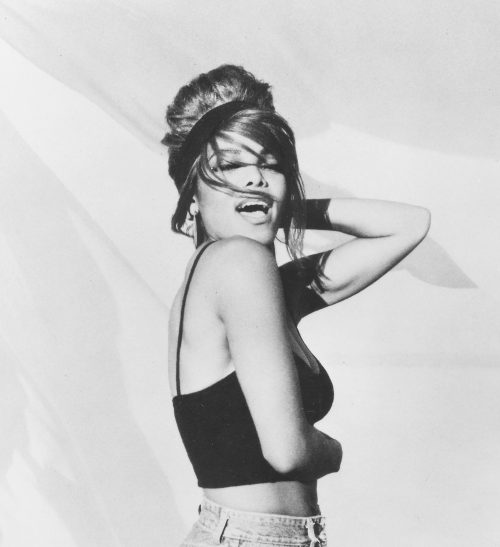 Despite being a smash at the time and a hit with an enduring legacy (Pitchfork named it the 27th best song of the 1980s just a couple years ago), “Love Will Never Do” has been covered less than you might think. Once you eliminate the million sound-alike covers and karaoke instruments, Spotify only boasts a handful of covers, and YouTube not many more. But we dug deep, to bring you the best covers out there.

Easily the most high-profile of the bunch comes from Macy Gray. She and a massive band performed this song for the first-ever MTV Icon tribute concert in 2001. The lineup also featured Janet covers by Destiny’s Child, ‘N Sync, and, for God knows what reason, Buckcherry. (Outkast opened the show with their own “Ms. Jackson,” which seems like cheating.) The entire special is worth watching, if only to realize just how long ago 2001 seems.

Maybe my favorite cover comes from Bee’s Knees featuring Scavenger Mixtape. They veer from some light funk (love those Nile Rodgers guitars) to the occasional dance-music drop. It’s more subtle and tasteful than these big EDM covers tend to be, but with the requisite energy.

Subtle and tasteful not your bag? German DJ Florian Paetzold has you covered. Hell, the video, which I will not be embedding, is basically softcore pornography (and, what a shock, it has over a million views). That said, for a song 30 years old, “Love Will Never Do” translates pretty well to a super-current club style. I wanted to hate it, but those computerized xylophone hits sold me. I’m sure this makes the Berlin ravers go apeshit when Paetzold DJs.
Side note: I’d like to cite the female singer, who brings the only vestige of humanity here, but can’t find any information on who she is. Credit your female collaborators, bros!

Sahara Hotnights keeps the energy up, but with a hard-rock edge. This quartet from Sweden brings the sass in spades, anchored by singer Maria Andersson. They claim Blondie as an influence, which makes perfect sense, as they blend the band’s earlier punk energy with their glossier disco sensibilities.

Flipside 71 sounds like the name of a skateboarding ska band (one that specializes in Sum 41 covers maybe?), but it appears to be a New York City piano duo. Not a lot of info online, but the singer boasts a beautiful voice that reminds me of Freddie Mercury or Mika. Just as the song works amped up to a modern EDM banger, it works equally well stripped all the way down. Request this at your next piano bar.

This live video from Danielle Rondero is so dark it’s barely viewable, but the audio is worth sticking around for. Accompanied by an acoustic guitar and box drum, Rondero brings a swagger and soul that belies the minimal instrumentation.

On the flip side, Scott Clay‘s version pretty much necessitates the video. I don’t know how much audio replay value the solo bass covers that litter YouTube have, but boy are they impressive to watch. Clay boats some serious chops on his six-string bass, both hands flying over the fretboard on his funky new arrangement.

Click here for covers features on the entire Rock and Roll Hall of Fame class of 2019 – Radiohead, The Cure, Roxy Music, Stevie Nicks, Janet Jackson, Def Leppard, and The Zombies.