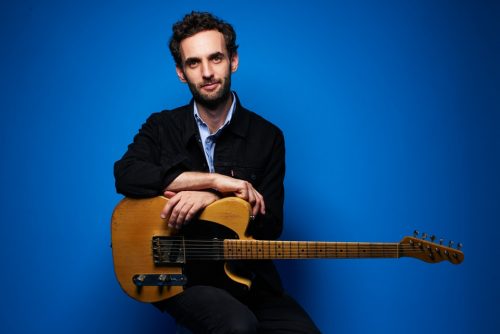 For the closing track of his new album Love Hurts, jazz guitarist Julian Lage took a sheet from the Roy Orbison songbook with a cover of “Crying.”

The song was one of Orbison’s signature hits. He recorded the emotional ballad lamenting lost love in 1961, then later teamed up with k.d. lang for a duet in 1987. It has inspired numerous covers over the years, with many coming from the country side of the dial by artists such as Waylon Jennings, Glen Campbell, Ronnie Milsap and Deana Carter. Contemporary country queen Carrie Underwood even delivered a version of the tune when she was on American Idol.

Lage recorded his new album in Wilco’s studios in Chicago. He was backed by drummer Dave King from the experimental jazz combo the Bad Plus and bassist Jorge Roeder. Love Hurts crosses through several different genres, blending elements of jazz, blues, early rock n’ roll and alt-rock. The album’s title track is also loosely connected to Orbison; though originally recorded by the Everly Brothers in 1960, Orbison cut a version a year later.

On his cover of “Crying,” Lage initially plays the track in the style of many early rock n’ roll instrumentals. With a heavy emphasis on the melody, it is similar in tone to Santo & Johnny’s classic “Sleep Walk.” In the the middle of the track, it takes a surprising turn with a hard-pounding crescendo bringing it squarely into hard-rock territory. It’s almost as if Wilco’s studio demanded he pay homage to its owners’ sound. Lage then plays around with the tempos, like a jilted lover whose emotions are being toyed with, fading the track down and then building it up one last time for the finale. A fresh take on a well-worn classic.