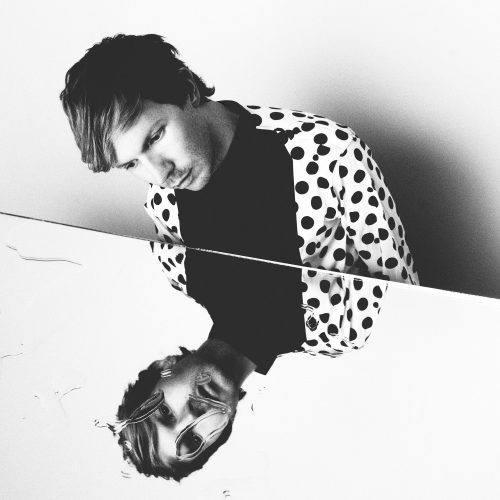 Few expected the movie Roma to be as big a hit as it was (it’s tied for the most Oscar nominations). Even Sony must not have, as they’re just getting around to releasing a soundtrack two months after release – and as Music Inspired By The Film Roma, i.e. must that doesn’t actually appear in the film. But Beck’s beautiful cover of 4AD group Colourbox arrives better late than never. Accompanied by an orchestra and Leslie Feist on backing vocals, he’s never sounded more like Peter Gabriel.

Stripped-down acoustic covers of this song have been done many, many times. Mangan’s starts out sounding similar. Stay with it. The twists and turns begin soon enough, landing it very far from the expected Americana ballad.

When we begin every January, inevitably a million New Year’s Eve covers videos await us. Seemingly every band anywhere feels obligated to play a New Year’s Eve show these days, and to debut some new covers (some, like Gov’t Mule, even do entire covers sets). The best of this year’s grainy iPhone videos came by way of Philly rock band Hop Along, who blasted through an amped-up take on Daniel Johnston’s oft-covered song.

On this unexpected 10cc cover, the 27-year old singer-songwriter and cellist abandons her traditional instrument to indulge in some Sade vibes. Surprising samples and breakdowns stretch the ’80s pop song near the seven-minute mark. She makes every minute count.

To my surprise, Maribou State are two dudes. So who’s the woman delivering the terrific vocal here? It’s longtime collaborator Holly Walker, who sells the hell out of this groovy electronic Dusty Springfield cover. Though Walker steals the show on first listen, the boys’ crafty production sneaks up on you over time. They’ve carefully broken down the track in such a way that it still feels true to the original spirit, even in an almost entirely electronic context.

On Natalie Prass’s recent tour opening for Kacey Musgraves, the two dueted on a joyous cover of “I Will Survive.” For a new Amazon single, though, Prass dips into much quieter fare for the Rolling Stones’ oft-covered “Wild Horses.”
… Wait, what? She covers a different “Wild Horses”?? Prass takes the 1980s pop band Prefab Sprout and glams it up for a disco-soul groove. Not so different from Gloria Gaynor after all. I’d still be curious to hear this sound applied to the Stones though (and “Miss You” doesn’t count).

For an upcoming 7″, the Chicago duo recorded a full-band rip through a B-52s classic. They don’t reinvent it so much as amp it up to 11, adding a heap of grit and energy to that infectious riff.

Parcels – I Will Always Love You (Dolly Parton cover)

How do you cover Whitney Houston* when you can’t really sing? It’s a fascinating challenge, and an opportunity. Rather than trying to outbelt her – Don’t. You’re not Adele. – a band has to think of a different way in. Berlin quintet Parcels find theirs through synth-pop and harmony, taking a massive song and making it small and intimate. This wouldn’t pass muster on The Voice, and is much better for it.
* Yes, I realize hers is a cover – I wrote a whole chapter about it – but pretty much everyone who has covered this song since ‘The Bodyguard’ is covering Houston.

We just today ranked the 50 best Neil Young covers, and there’s already another contender. For his new Paste live session, indie-folk eccentric Rayland Baxter tackled an On the Beach deep cut, giving all the fuzz and heart it deserves. His loose and ramshackle band sounds like a Nuggets garage-rock gem played at half-speed.

Shannon LaBrie – All By Myself (Eric Carmen cover)

Shannon says: “‘All By Myself’ is probably one of the most influential songs of my life, along with ‘Fire and Rain’ and ‘Killing Me Softly.’ My Dad put in a small concrete basketball court out on our farm in Nebraska. Whenever my brothers got tired, I’d turn on the radio and choreograph roller blade dance moves to the song and imagine performing my routine at the Olympics. As a kid, I couldn’t grasp the depth of this song fully but, it still touched me at a young age. To this day, I think it is one of the most profound and memorable melodies I’ve ever heard. The song is perfect and I feel so grateful to have the chance to perform it. Eric Carmen is a genius….plain and simple.”

[Download at Aquarium Drunkard]
The first great session in Aquarium Drunkard’s “Lagniappe” covers series has already landed. Guitar wizard Steve Gunn’s cover of Michael Chapman’ “Among the Trees” there is beautiful, but that country song already began in Gunn’s acoustic/Americana wheelhouse. The Misfits’ brawling “Astro Zombies,” on the other hand, couldn’t have been much further from his own music. But with only a finger-picked acoustic guitar, Gunn wrestles the song into submission. Turns out there a beautiful folk song had been hiding under the noise the whole time.

The new Born to Uke Springsteen tribute album boasts bigger names (Sara Watkins, The Weepies), but to my ears no one tops Icelandic singer-songwriter Svavar Knútur. “Ukulele Born to Run covers” inevitably present a hit and miss proposition, and I would expect underrated rocker “Night” to be one of the harder tracks to translate. But on his sensitive and tender ballad, Knútur makes the song sound like a Devendra Bernhardt or Jose Gonzales number.

That’s right, it’s the Weezer cover everyone’s been talking about this month: Whiskey Shiver’s country-rock take on “Buddy Holly”! Okay, it’s not – but it should be. If you want one of our writer’s opinions on the actual Weezer news, head here.

Cheekface – Ballad of Big Nothing

One Response to “The Best Cover Songs of January”