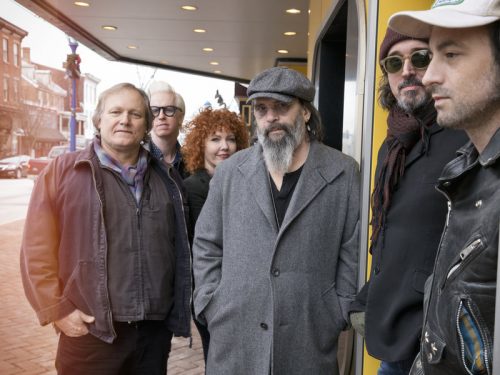 After meeting Townes, Steve left Houston and headed for Nashville in search of another one of his idols, Guy Clark. He found him in the back room of a bar playing pool. Here, history seemed to repeat itself as the two met and became very fast friends with Earle quickly joining Guy’s band as the bass player. And now, in 2019, ten years after the release of Townes, Steve Earle is set to release a set of his favorite Guy Clark songs, simply called Guy.

The first single is “Dublin Blues,” a song where the narrator plays the part of an expatriate living in Dublin, Ireland where he finds himself lamenting a long ago lost love. Emmylou Harris lends the backing vocals on this version, where Nanci Griffith performed the duties on the Guy Clark original. An exquisite rendition from start to finish, Earle more than does justice to the song, completely enveloping himself in the worn and weary consciousness inherent in the original.

And, by they way, should the opening lines of “Dublin Blues” bore an earworm in your brain – “I wish I was in Austin/ In the Chili Parlor Bar/ Drinking mad dog margaritas and not wondering where you are” – the Chili Parlor is still there, but skip the mad dog margarita. Clark and his friends drank them because of the attractive $1.50 price point. However, made with the lowest quality mescal available at the time, it has been said that the cocktail is pretty near undrinkable.