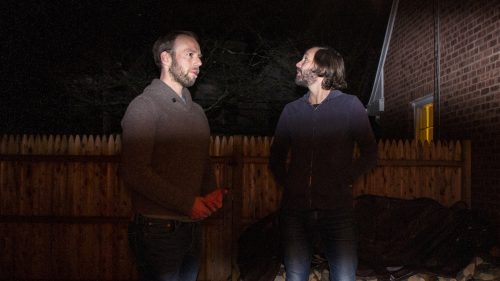 When last we heard from Matt Pond PA, he was turning The Cars’ “Drive” into a lush folk-pop ballad. Now Pond and bandmate Chris Hansen are back with new covers applying a similar soft sheen to two very different artists: Peter Gabriel and Led Zeppelin.

They covered Gabriel’s “Mercy Street” to close out the year and to celebrate the final episode of a radio show they do in upstate New York. Here’s what Pond wrote about it:

Chris Hansen and I, we now make whatever crosses our minds in order to reach a few other minds. Our cover of Mercy Street is being released alongside the final episode of the radio show we’ve been producing this year. The show is called In Dreams and airs on the local community station, Radio Kingston, and in this last episode we’ve interviewed two Dreamers — women who grew up in this country undocumented.

With all of it, we advocate for nothing but the give and take of listening.
We’ve released a boatload of free music this fall. Everything we have, including Mercy Street, will be available until the end of the week. Then it’s time to hibernate and build it back up again.

Their “Mercy Street” channels Gabriel’s original, lush and beautiful with a slight shimmer. Their version of Zeppelin’s “Thank You” from a month brings a similar sound to very different source material, becoming a more dramatic reinvention (though it’s not like the song rocked that hard to begin with). Listen to and download both below.