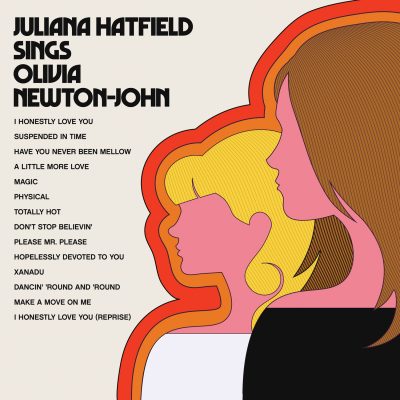 The plot of the film Grease is a peculiar one. A virginal, young Aussie girl named Sandy finds out she’s enrolled in school with her rebellious summer fling. Over the course of the school year, he treats her like a doormat in public and tries to put the moves on her every time they’re alone. In the end, she changes everything about herself in order to win him over. The not-so-empowering film might have been a complete dud had Olivia Newton-John not sung her songs with such sincerity. The same could be said for most of Newton-John’s songbook, which is practically dripping with pure, sweet innocence. Even the sexually-suggestive anthem “Physical” might have been denounced by religious conservatives had anybody but she gotten to it first. That’s what makes alt-rock queen Juliana Hatfield’s latest album such a fascinating listen. On Juliana Hatfield Sings Olivia Newton-John, Hatfield turns the amp to eleven on Newton-John’s straight-laced catalogue, reinventing the singer’s tracks into blistering, full-fledged rockers. Songs like “I Honestly Love You,” “Hopelessly Devoted to You,” “Xanadu,” and “Physical” take on a new life as guitar-powered anthems. It makes you want to revisit Newton-John’s work to find out if there’s a darker side to all the sweetness. Maybe Sandy wasn’t “too pure to be pink” after all. – Curtis Zimmermann 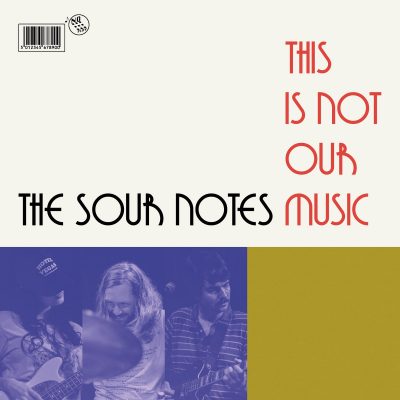 9. The Sour Notes – This Is Not Our Music

The Sour Notes take 2018’s prize for widest-ranging song selection. The ten tracks on This Is Not Our Music span Beatles to Beyoncé, Radiohead to Ronettes. This level of covers-album ambition, though, often falls flat. Such disparate sonic material rarely coheres into anything beyond a grab-bag of hits and misses. This Austin indie-rock trio bucks the trend, making the source of each song beside the point. “Halo” segueing into “Harvest Moon” sounds perfectly natural in the band’s lightly psychedelic swirl. They dig deep with many selections too, picking rarely-attempted songs from the iconic groups. Radiohead b-side “Cuttooth” turns Britpop, The Beatles” Love You Too” adds a post-punk edge, and Patti Smith’s “Gloria” grooves like a Roky Erickson deep cut. – Ray Padgett 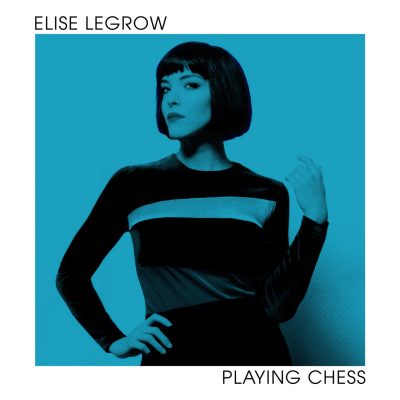 Chess Records, immortalized in the movie Cadillac Records, was the preeminent blues record label of the 1950s and ’60s. On Playing Chess, Elise LeGrow pays tribute to many of the artists that recorded for the iconic label and the denizens of 2120 South Michigan Avenue. Certainly not taking the easy approach, LeGrow has meticulously researched and curated every song that she presents. Take the relatively obscure Sugar Pie DeSanto tune “Going Back Where I Belong”; the even more esoteric “Searching for My Love” – a hot 100 hit for Bobby Moore and the Rhythm Aces – or album-closer “Sincerely,” the last single for The Moonglows. Every song will have you cranking up the way-back machine to search out the original versions. Her nuanced version of the Pulp Fiction-by way-of-Chuck Berry classic “You Never Can Tell” is a standout. – Walt Falconer 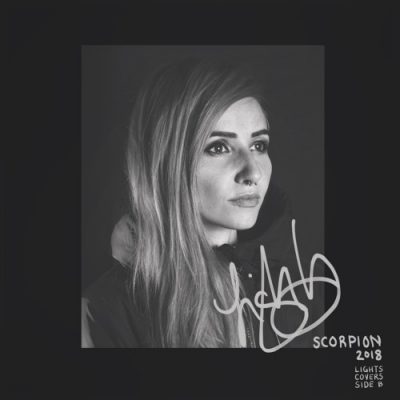 7. Lights – Scorpion Side B

The story of Scorpion Side B lays bare the risks and rewards of digital music circa 2018 in a single album cycle. When Drake dropped his 90-minute double album Scorpion in June, he divided it roughly into rap/sung halves: hip-hop tracks on disc one, R&B tracks on disc two. Canadian pop singer Lights, a diehard Drake fan, decided to cover the R&B half – the length of a full album itself – in its entirety. Thanks to the magic of digital recording and distribution, she released her version online in under two weeks. It is a brilliant set of electro-pop bangers and acoustic slow-burns, 13 pop songs made totally her own.

But the internet gives, and the internet takes away. A month later, her album vanished. She claims she properly licensed the covers, but that the music-industry powers that be got them removed from all streaming platforms anyway. Luckily, the internet never forgets; the album remains on various fan YouTubes and a Dropbox that the artist herself created. It’s one of the most surprising and revelatory tributes of the year, and we’re glad it lives on, somewhere. – Ray Padgett 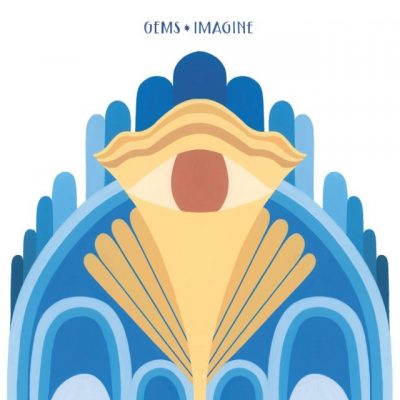 John Lennon’s Imagine doesn’t get enough credit for the wide traverse of moods it covers, from playful to painful – and that’s just “Crippled Inside.” What the electro-pop duo GEMS does in their full-album cover is remarkable, in that they invert many of the songs’ expressions of emotion. “Gimme Some Truth” loses its anger and becomes a song of resignation and longing; the light jubilance of “Oh Yoko!” gives way to an adrift spaciness, like it was created in the middle of a cloud. It’s remarkable how a change of soundscape can take the words of one of the great movers and shakers of the 20th century and give them a whole new meaning and a welcome nest in the 21st century. – Patrick Robbins 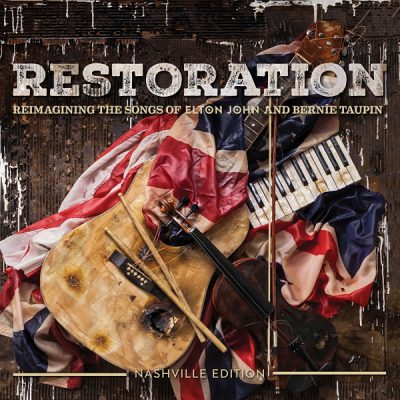 Focusing on the songwriting side of Elton John (and giving Bernie Taupin his due), Restoration calls on a who’s who of a country and Americana artists as part of a two-album set with the pop-oriented Revamp. Of the two, Restoration is the far superior, partly due the inclusion of several songs rarely played in Elton’s live concerts. “My Father’s Gun” from Tumbleweed Connection courtesy of Miranda Lambert is a stunner, and Kacey Musgraves’ rendition of “Roy Rogers,” a deep track from Goodbye Yellow Brick Road, is sublime. Even Rhonda Vincent and Dolly Parton’s Elton-goes-bluegrass duet of “Please” from his Made in England album seems to be a perfect fit. Other highlights include Chris Stapleton on “I Want Love,” and Lee Ann Womack’s laid-back version of “Honky Cat.” Texas national treasure Willie Nelson closing with “Border Song” is a perfect way to top it off. – Walt Falconer 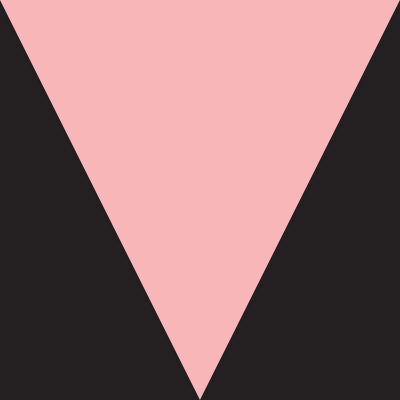 Spin called Ventriloquism “the rare perfect covers album,” a claim that’s hard to debate. Nor would we wish to. It consists of covers of R&B radio hits from ’82 to ’95, but for Meshell Ndegeocello, this is not an exercise in nostalgia, nor a contract fulfiller, Instead, it sees her as a time traveling treasure hunter, going back a quarter century or more, bringing back gems that had been deeply embedded in their year of release, burnishing them in such a way that they now have a whole new glow.

Ndegeocello’s greatest gift here is the personal touch she infuses in each song. In an interview with Billboard, she explained how to turn a cover into a true artistic expression: “It can’t be just a pastiche, where you’re copying or mimicking an old sound or just doing karaoke,” she said. “There has to be a form of sincerity.” This would make Ventriloquism the most sincere album of the year, if not the decade. Everything here resonates as hers, even as she proclaims it as another’s. “Atomic Dog” marries funk to a banjo and makes it work; “Private Dancer” conveys greater hurt than Tina Turner, even with a quieter voice; and “Sometimes It Snows in April” is, now and forever, the way we’ll remember Prince. Pure and simple, this record is an achievement. – Patrick Robbins 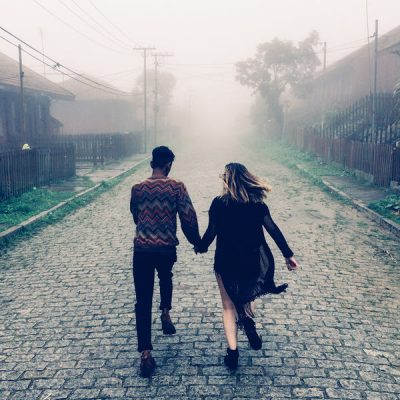 3. The Land Below – These Are Not Mine

Full disclosure: We may be biased, because one of these songs wouldn’t exist without Cover Me. We’ve been championing Swedish songwriter and producer Erik Lindestad for several years now, even premiering a couple of his revelatory electronic-soul covers. For our tenth birthday tribute album last year (still free to download!), he agreed to cover “Hooked on a Feeling.” We were honored then, and doubly honored when he selected that recording for his new covers album. Whether Lindestad sings Slipknot, Alanis Morissette, or Eagle-Eye Cherry, he reinvents these songs from the ground up, abandoning everything you thought you knew about them. “Hand in My Pocket” becomes a throbbing threat, “Save Tonight” a thudding dance groove, and a “Merry X-Mas (War Is Over)” a creepy lament. – Ray Padgett 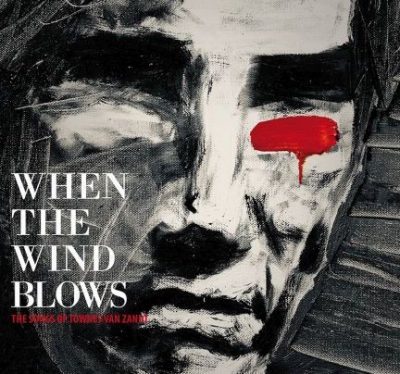 2. Various Artists – When the Wind Blows: The Songs of Townes Van Zandt

You can count on a new Townes Van Zandt tribute album coming out every year or two, and there’s a very good reason for that: he was “the best songwriter in the whole world,” in Steve Earle’s famous words. That makes for a big collection of songs to choose from that stand strong no matter whose voice raises them. The world may not need another “If I Needed You,” or it may have left “Pancho and Lefty” behind, but the world still feels the longing, the sadness, the heart of those songs, and those songs are the perfect vehicles to carry those emotions to us and for us.

When the Wind Blows is a generous 32-song collection from Appaloosa Records, designed to bring northern Italy’s Townes Van Zandt Festival further into the public eye. Most of the artists stick to the Americana sound that Van Zandt helped to spearhead. Highlights include Gurf Morlix’s “Marie,” Tim Grimm’s “Colorado Girl,” and “Ain’t Leavin’ Your Love” by Chris Jagger (yep, you-know-who’s brother). Every last one of them does right by Townes, bringing his songs across unscathed to the listener, not burdens but gifts. And gifts they truly are, and have been, from the moment they left the pen of the late, great Townes Van Zandt. [Note: ‘When the Wind Blows’ is currently only available via CD, not stream or download] – Patrick Robbins 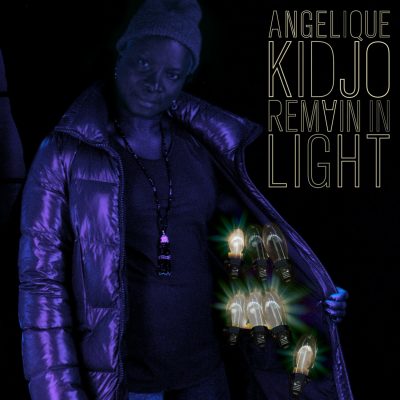 Our five-star review of this stunning, joyful reimagination of the Talking Heads’ classic album referred to Bono’s often-mocked comment preceding U2’s cover of “Helter Skelter” on Rattle and Hum: “Charles Manson stole this song from the Beatles. We’re stealing it back.” When I agreed to write about this album, I thought about Woody Allen’s old joke about Noel Coward turning My Fair Lady back into Pygmalion. Clearly, there is something about this album that makes one think about cultural appropriation and original sources.

In my 2014 Full Album cover treatment of Remain in Light, I noted that the impetus for the album’s African sound was a trip taken by Heads drummer Chris Frantz, and his wife, bassist Tina Weymouth, through the Caribbean. The vacation sparked their interest in local sounds, including reggae and Haitian music, much of which has African roots. The rest of the band convened at the Compass Point Studios in the Bahamas, where they decided to try creating music using more of a communal approach, influenced by the great African musician Fela Kuti.

Angelique Kidjo views her version of Remain in Light not as a criticism of any appropriation, but rather as a version of cultural expression. As our review stated, “[Kidjo’s] take on Remain in Light…is not an indictment of its creation or use of Africana. Though her song-by-song cover does transcend the original, it never demeans it or critiques it for existing. In many ways, Kidjo’s cover exults the original and honors its skittering heart, drawing attention to all of the ways that Brian Eno and Talking Heads use polyrhythms to forcefully re-inhabit the embodied world that Byrne’s paranoid, stream-of-consciousness lyrics are never shy about leaving behind.” – Jordan Becker