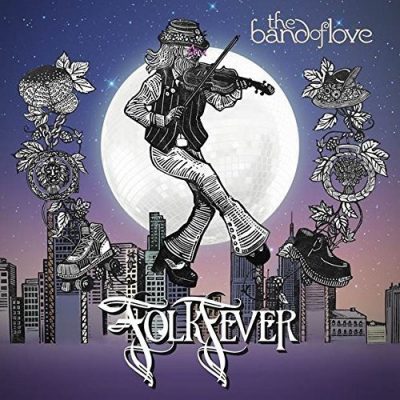 Certainly nobody designed Folk Fever to make you laugh. Indeed, the standard of playing and singing, by a selection of the UK folk scene’s finest established and upcoming names, is exemplary, the love evident in the performances. The key players are probably unknown outside purist circles – they would be Jim Causley, Greg Russell, Alice James and the duo of Phillip Henry and Hannah Martin, all of whom have made respectable names for themselves on the folk circuit in Britain. Older timers like Steve Knightley and Phil Beer, aka Show of Hands, perhaps known to these pages for this, and Mike McGoldrick, a flute and pipes whiz currently earning a crust with Mark Knopfler, are along to add gravitas, instrumentally and vocally.

Folk Fever may make you wince, and is far too much for one sitting, played start to finish. But (bear with me) stray to a streaming outlet and listen to the odd track. Cherry-pick the ones you know and give them a go. (Again, not all in one go.) You may be surprised at how much the album improves when tackled in this way. That was my approach, and I found myself nodding in appreciation of the idea and often the execution. The vocal styles often work very well, with the phrasing of the words getting a stylistic shift to accommodate the change in genre, the male voices working better than the sometimes overly sweet and demure female tones. The mandolins, fiddles and whistles are tremendous. My favorite is “I Will Survive,” giving Cake a run for their money.

But eventually my earbuds became saturated in the cloy of the aftertaste. OK, and I could do without the faux intellectualization of disco and folk being natural bedfellows, despised in their respective days, blah blah blah, always supposing and suspecting this particular style of music has ever really had a day. (A niche, yes, of course, sometimes a sizable niche, with ever-perpetual revivals trumpeted, if not necessarily realized, and it is a niche beloved of mine.)

Another question: who is this aimed at? I don’t see the disco crowds of yesteryear, or the hordes who keep the flames alive, beating any great path to the stores. As for the folkies, well, maybe a few. Hell, even I considered it, and I am much of a completist. But how often will I ever play it? Maybe I could draw it out at gatherings in guess the song/guess the artist sessions. Or perhaps I could insert individual tracks into quirky playlists and mix tapes. Little more.

Traditional folksters have always dabbled in this conceit, from 1972’s ‘Rock On‘, by the Bunch, a loose conglomerate of Fairport Convention acolytes playing the great rock’n’roll songbook, to ‘Twangin’ ‘n’ A-Traddin’‘, erstwhile Fairport bassist Ashley Hutchings (again), in 1995, with a more instrumental take on ’60s surf guitar instrumentals. However, these remain avowedly rock records, if played by folkies, even if augmented by the odd fiddle or melodeon. Perhaps 2006’s Rubber Folk, a revisiting of Rubber Soul by another selection of folk luminaries, is a closer connect. It, too, is better to think about rather than play repeatedly.

A good selection for sure, it must have been a blast to play, and I can see some of Folk Fever‘s songs, individually, in the 2018 Cover Me roll of honor. But not Folk Fever the album. And is the worst sleeve of the year?