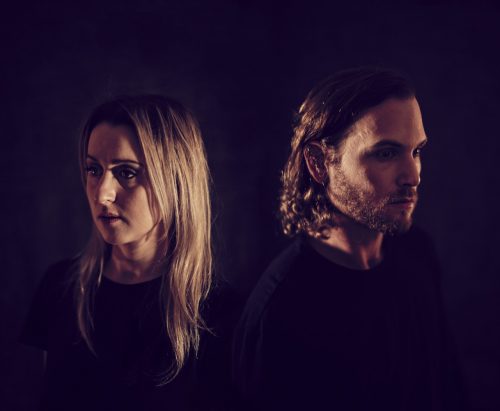 In 1991, a mysterious singer calling herself Q Lazzarus made the sort of massive cultural imprint most musicians only dream of: having her song “Goodbye Horses” soundtrack the iconic Buffalo Bill mirror scene in Silence of the Lambts. And then, at the moment most musicians would capitalize on early success – she vanished.

After twenty-plus years of mystery, in August journalist Kelsey Zimmerman tracked her down driving a bus in Staten Island (it’s a long story, and worth reading). And her reemergence inspired a new cover by Brooklyn duo Belle Mare, a pop band whose haunted synthpop sound is clearly influenced by Q Lazzarus.

“‘Goodbye Horses’ has been a favorite of mine for some time now, as anyone who has ridden in my car can attest – I include it on just about every playlist I make and love listening to it on a long drive,” the band’s Thomas Servidone tells us. “It was such a revelation reading all the recent press surrounding this song and even more so, about the singer. It’s a rare but refreshing story in these times, for a talented person to be living a happy life of relative obscurity. A stark contrast to the way most of us live today, with the social media-fueled need for constant affirmation, endless self promotion, and the feeling of emptiness that arises as a consequence of these behaviors. Her story feels grounding, a reminder that confidence creates authenticity.”