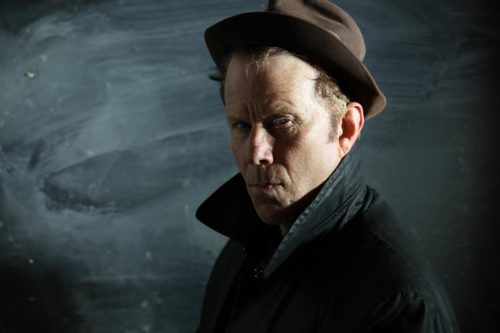 As we saw when we did a deep dive into his live covers, Tom Waits occasionally dips into some material that seems mildly unexpected – until you hear him sing it, when it makes perfect sense. That’s certainly true on his first recording in two years, a guest vocal on former guitarist Marc Ribot’s new album. The song is a cover of “Bella Ciao,” an Italian protest song that became a 1940s anthem in the fight against Mussolini and the fascists. Timely much?

“I played Tom a bunch of the tunes and he immediately bonded with that one,” Ribot said in the press release. “Of course, he brings a certain gravitas to everything he does – my Italian friends say he sounds exactly like an old ‘partigiano’ (resistance fighter)!”

Many of Waits’ rare recent recordings have been cover collaborations. His last appearance, two years ago, came on a pair of Blind Willie Johnson tunes. Before that, he belted “Shenandoah” alongside Keith Richards for a 2013 pirate album (our second favorite cover of the year). And in 2010 he sang a pair of traditional New Orleans covers with the Preservation Hall Jazz Band.