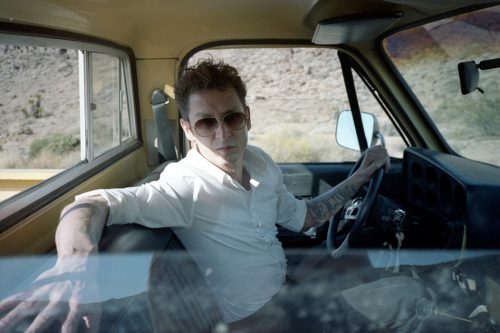 Not only does one-man blues punk The Legendary Tigerman regularly get compared to Tom Waits; he gets compared to the artists Tom Waits himself once got compared to: Muddy Waters, Howlin’ Wolf, etc. A long line of gruff and gritty bluesmen. This one just comes with a Portuguese accent. So it’s only fitting that on his new EP Misfit Ballads – a companion to new album Misfit, about to be released in the US and UK – the Legendary Tigerman tackled Waits himself.

Despite the debt his music owes Waits, the Tigerman (aka Paulo Furtado) boldly reimagines “Tango Till They’re Sore” as a gritty guitar dirge, augmented only by some fantastic lowdown sax. It remains very much in the Waitsian spirit, while entirely making the song his own.

“A few years ago, I played a cover of this song with the actress Maria de Medeiros in a very experimental Parisian project around the work of Jim Jarmusch, and when I decided to record Misfit Ballads I thought this cover would be perfect for the EP,” says Furtado. “My approach was to simplify as much as possible the guitar and rhythm section, and give enough free space for the saxophone to emerge. It was recorded in Rancho de la Luna, and it was a live take, with me singing, playing guitar and foot stomp and Joâo Cabrita playing baritone sax.”

Listen to the Legendary Tigerman’s “Tango Till They’re Sore” exclusively below.