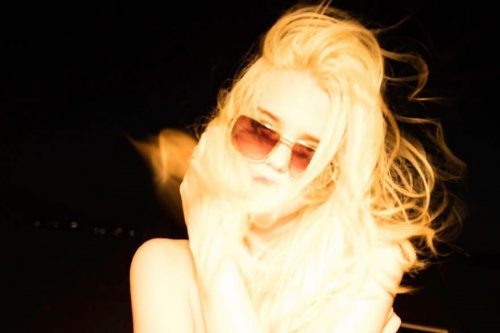 As a casual yet growing fan of  Sky Ferreira, I was super interested to hear her take on one of my favorite bands of the 80s: ‘Til Tuesday. Ferreira performed “Voice Carry” live a few times earlier this year, and recently gave her fans a treat by posting the cover on SoundCloud. Which she almost couldn’t do, as her label reportedly blocked access to her SoundCloud account for a while. Nothing is ever easy (btw, she has an excellent cover of “Easy”). Hmmm, record labels giving an artist problems? Paging Aimee Mann.

Even searching for reason to reject the effort as not worthy of the impeccable original, Ferreira impresses. The bass drives the song from the beginning to end, and Ferreira delivers the vocals in a more matter-of-fact tone than Mann’s storytelling version. This may be because she put the recording together quickly in what she calls an “infant demo.”

Whether this rudimentary sound was planned or just happened, the result is a keeper. Let’s hope no one overproduces the final version, as the song captures a throwback feel that I want to keep listening to. Yet, another Ferreira song getting added to my playlist.