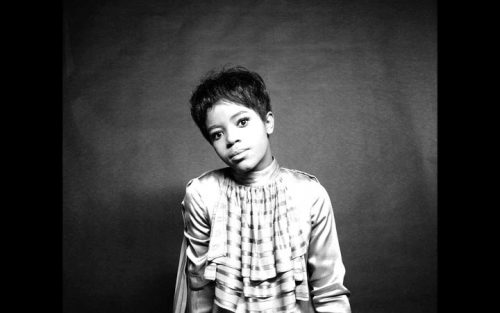 When it was released, Crow’s song was a perfect encapsulation of that era’s modern, high-gloss folk-rock: Well-oiled, heavy on heartstring-tugging touches and somewhat light on passion. It was a hit, too, peaking at #14 on the Billboard Hot 100 in March of 2004. But as regular Cover Me readers, you’re already bracing yourself for the inevitable pull of the rug: Sheryl Crow didn’t write “The First Cut Is the Deepest,” nor was she even the first to chart with it.

Now, wheel your time machine a decade or so further back, for a brief stopover in 1995. Here, the smartest of phones are still awkward black bricks, complete with stubby antennas and fleeting battery lives. It’s the compact disc era, when the ramifications of producing multiple billions of physically fragile, future landfill stuffers seem somehow less pressing than today.

Firing up your bulky CD player, you hear “First Cut Is the Deepest,” again. This time, though, the singer is Papa Dee, a rap, dancehall, and ragga artist hailing, improbably, from Sweden. Though his smooth, slightly reggae-fied vocal stylings ride on a likable fusion of electronica and more traditional Jamaican styles, there’s not a great deal to latch on to in this generally polite, poppy take, aside from a mildly gritty interlude that wouldn’t cause Shabba Ranks to break a light sweat. This version made it to the charts, however, most notably in (you guessed it) Sweden.

But let’s not linger here. Spin back another 20-odd years, to 1977. Emanating from the single speaker of your Japanese clock radio—or, if you’re the spendy type, your Marantz solid-state hifi—is a puzzling sound, at least in the context of rock radio. Is it the tinkle of an upright piano? The spiky plink of a mandolin? No, it’s an honest-to-goodness harp, singing out a light, lovely and airy little introduction before giving way to strumming acoustic guitars and the inimitably smoky rasp of Sir Roderick David Stewart performing “First Cut Is the Deepest.”

Then known as plain old Rod Stewart, his gift for infusing even lesser material with honest, unshowy emotion was on full display here, not that “First Cut” qualifies as lesser anything. The record-buying public agreed; in April of 1977, his take on the song went to #21 in the Billboard Hot 100, and straight to #1 in the UK.

If anyone still harbored any doubts about Stewart’s salability following his still-recent split from the Faces, his rendition of “First Cut” helped put them to rest. And while Stewart’s fusion of country blues, folk, and mellow rock wasn’t quite to everyone’s taste, for many, his reading of the song would become the definitive take.

But still, he didn’t write it.

Let’s resume our backwards journey, shall we? Set your sights on 1967, only a decade earlier but eons apart so far as popular music was concerned. If by the ‘70s, rock in its many variants had more or less conquered the airwaves, the ‘60s were a more sonically diverse time, and it wasn’t unusual to hear artists as disparate as Frank Sinatra, the Doors, Janis Joplin and Engelbert Humperdinck jostling for airtime on the same station. Soul, folk, psychedelic rock and vocal pop were all very much in contention for the public’s ears, and this made for some interesting cross-genre experiments. One of these was—yup—“First Cut Is the Deepest,” making its first chart appearance as performed by American vocalist Patricia Ann Cole, better known by her stage name: P.P. Arnold.

Having been born into a family of gospel singers, Arnold was by then an experienced performer, if a virtual unknown in the United States. After signing up with the Ike & Tina Turner Revue as an Ikette in 1964, she was talked into pursuing a solo career by none other than Sir Michael Philip Jagger—erm, that being Mick Jagger at the time—during a 1966 visit to London.

Soon she was under contract with Immediate Records, the short-lived but highly influential label run by Rolling Stones impresario Andrew Loog Oldham. P.P. Arnold’s odyssey with Immediate and, following its collapse, Polydor Records is a tale worthy of its own treatment. Suffice to say for a brief moment, Arnold enjoyed considerable celebrity—and a string of notable hits—in England. In May of 1967 she released “First Cut Is the Deepest” as her first solo effort.

Beginning not with a harp but with its distant cousin, the harpsichord, this original take of “First Cut” is very much a product of its time. Arnold’s performance is impeccably soulful, her voice skating just on the edge of cracking as she contemplates the possibility of new love. But the production is burdened by a kitchen-sink arrangement, tossing huge Phil Spector-ish drums, syrupy strings, and a busy horn part into the mix. Overcooked though it may have been, this proved little impediment to its commercial success; the song spent 10 weeks on the UK singles chart, peaking at #18.

Arnold’s solo releases would grace the charts a few more times over the next year or so, but for fans of late-60s soul, it’s Arnold’s session work that may be of the greatest interest. She contributed backing vocals to many of her labelmates the Small Faces’ songs, including their incomparable “Tin Soldier.” And in a pleasing foreshadowing of his own success with “First Cut,” Arnold sang a duet—“Come Home Baby”—with none other than Rod Stewart. The cherry on top? It was produced by the future Sir Mick.

It’s a perfect turn of the wheel to end on, the passing of a musical torch from one supremely gifted singer to another. There’s one nagging detail, though: Like Sheryl Crow, Papa Dee, and Rod Stewart before her—or make that after her, given the backwards nature of our journey—Arnold didn’t write “First Cut,” either.

In early 1967, Steven Demetre Georgiou was a singer-songwriter angling to make his mark in the crowded London folk-rock scene. He’d released a few singles, some showing real chart power, and had managed to place a few of his own compositions with more established artists such as the Tremeloes. But as an 18-year-old newcomer, his position was precarious at best. Having written a heartbroken (but hardly hopeless) song about a love gone wrong, he sold it to a certain expatriate American singer for £30, roughly equivalent to $700 today.

Like seemingly everyone else in this story, Georgiou went by other names, at least one of which you likely know: Cat Stevens. At the time, he and Arnold both worked with producer Mike Hurst, who provided the essential conduit for the song. After Arnold’s success, Stevens recorded it himself, though the staid folk-rock treatment it ended up with wasn’t entirely to his satisfaction. Nor was his relationship with soon-to-be ex-producer Hurst, which had grown so tenuous that their final recording sessions were attended by attorneys as well as session players.

There are many other recorded versions of “First Cut Is the Deepest.” Some are compelling, some are odd, some were even commercially successful. But the song found a particular affinity in Jamaica, where a number of reggae artists committed their own interpretations to tape, notably Studio One singer Marcia Griffiths and the ever-eccentric DJ I-Roy.

Which rendition of “First Cut Is the Deepest” is the best one? That may be too personal a question to contemplate here. But regardless of which version you prefer—or, for that matter, whether or not you actually care for the song at all!—its impact is undeniable. For a piece of popular music to endure over multiple decades, styles and interpretations is no mean feat; for it to continue to be a hit for artist after artist is even more impressive. Dare we say: This is one deep cut.